NSM review: Elvie, the personal trainer for your pelvic floor

If trampolines and laughter strike fear into your heart because you’re worried about controlling yourself ‘down there’ you’re not alone! One NSM with pelvic floor problems shares her experiences trying to take back control – and the thing that finally worked.

If there was ever a woman in need of a VERY “personal” trainer, I’m definitely her! Even from a young age, I’ve had shocking pelvic floor control, which as fellow sufferers know, can be a private (but sometimes embarrassingly public) problem that women rarely speak about.

If you’re one of the lucky ones and have never experienced exactly what I mean, I’ll give you the short version. Having bad pelvic floor control comes with problems, such as:

Even though I had problems throughout my life, I’m sure many of you will understand that after I had kids the problem became distinctly worse. The only times I felt comfortable mentioning it was in my mum’s group, and it started a running joke about how many pairs of pants I would wee in from sneezing during hay fever season. Sure, I tried to make light of it, but it wasn’t funny.

After struggling with the embarrassment, I eventually decided I wasn’t going to take this lying down! I started looking around for solutions to my problem, most of which turned out to be a waste of money.

Trying everything under the sun

First, I somehow decided it would be a great idea to try a fandangled chair that you sat on while it sent shocks to stimulate your muscles and help “exercise” them. The experience itself was intense, you had to really organise your day around getting to appointments, it was expensive- and it didn’t really teach me how to work out in my own. I needed something more convenient, and less costly.

Next, I tried Pilates. The exercise itself was great for my body overall, but because it’s not specifically designed to help with pelvic problems, it can feel like a lot of effort for not much focus on the problem area. And when you are asked to “zip up through your pelvis and engage your core” and you have no idea where that is, it can feel frustrating!

Given my experiences, I was ready to try anything – and I’m so glad I did! The next tool in my kit was the Elvie “personal” trainer. 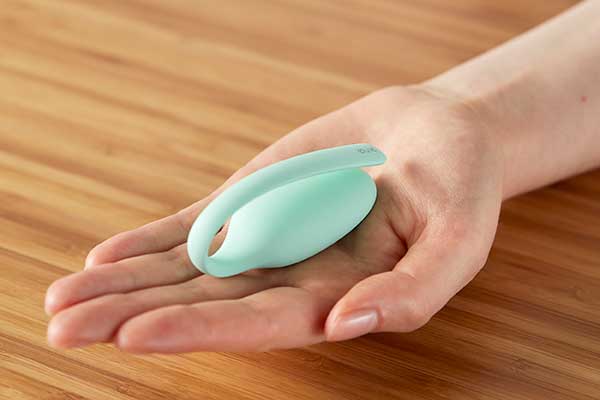 The Elvie is a sleek little gadget that promises to “strengthen your pelvic floor for fewer leaks within weeks.” It looks something like a small tadpole, and fits easily inside you. The idea is to download the accompanying app, so when you pop it in you can track your strength in real time. It retails for $299, but when you take into account that it’s a long-term investment, the multiple uses (and benefits!) mean that you reduce the cost-per-use the more you use it (and it comes with a two-year warranty).

I was desperate to try it. Finally, I had found something portable, simple, and most importantly, promised to help me discover my “inner strength”. The very day it arrived in its sleek, unassuming packaging I opened it, read the easy-to-understand instructions, loaded the app and charged the device.

And then? Like most busy women, I got distracted and didn’t use it straight away. Whoops.

What brought my problem back into focus was getting a cold, as every sneeze was a rude reminder that I needed help. Only this time, I was ready! I whipped out my Elvie like a weapon. With the charged device in hand, I opened the app and synced it to my phone. Sounds techy, but incredibly simple- you just squeeze the device until you see a little jewel icon on the screen jump to life (kind of cool!).

The next step was to insert the tadpole shaped device itself. It’s so tiny –even stretched out, it’s only about the sizes of a teaspoon, and no more uncomfortable than putting in a tampon. 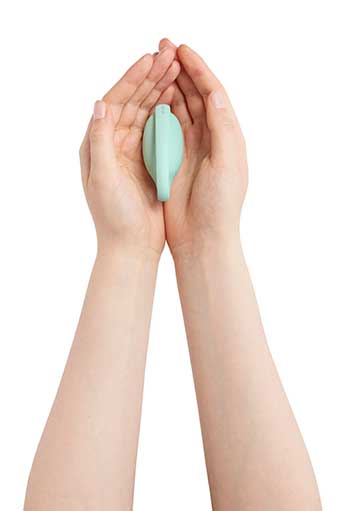 Simple to use, and effective

This was it! I was ready for my kegel workout. I lay back in bed with my phone in my hand (although you can also do the workout standing up, if you prefer), following the instructions. Squeeze, hold, release. They were so simple, but having a guide in the app made all the difference to motivation. The exercises aligned with the jewel on the app screen, that helped guide me by moving up and down as I contracted, relaxed and controlled my pelvic floor muscles.

The first session only took a couple of minutes and I could clearly see how poor my Pelvic floor performance was – I only hit about 20% of targets and could hardly “hold” it together for 3 seconds. Even though it was sobering to see how much work I had ahead of me, it was motivating to have something to aim for and a proper set of concrete numbers to work with- and improve!

The results are in!

Now, after working with the Elvie for just two weeks, I am surprised and impressed to report I have already seen an improvement.  When I did Pilates a couple of years ago it took me a whole school term to even find my pelvic floor, so this is a huge plus. The easiest part is that it’s so unbelievably quick to complete – as all mums know, finding even a few minutes in the day can be a challenge! You can use it while sneaking a TV show, so you’re not missing out on any ‘me’ time, but you’re still doing something great for yourself. And best of all, it’s private – there’s no group classes where you’re being compared to others, or having to make an embarrassing confession to your doctor about your loss of control. Instead, the bedroom or bathroom is the place to go.

My efforts are paying off and I know that for sure, because the Elvie system monitors your pelvic floor work, showing improvements and comparisons to previous sessions straight away. So if you’re anything like me (which is likely as supposedly one in three women suffer from pelvic floor issues), give Elvie a try and leave your fear or trampolines and sneezing behind!

For any NSMs who want to escape the pain of living with pelvic floor problems, Elvie are offering an extra 5% off (with free shipping) when you use the code NSMELVIE01. This discount is valid until 30th September 2017.
Order your trainer at the Elvie website here. 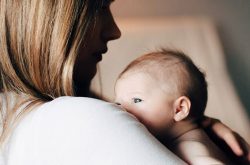 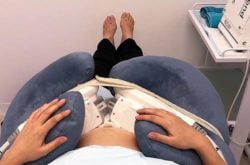 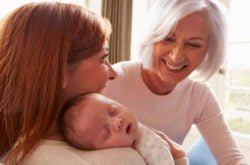