Legalising Marriage Equality and what it means for our community

For one NSM and her partner, the legalising of same-sex marriage would not only show acceptance and support from those around them, but grant their daughter’s wish “that my mums could get married so we will be considered a proper family”. Lauren was the first openly gay parent at Masada College, and she’s proud of raising her rainbow family of twins. This is her powerful call for the world to recognise that “gay people are just that…people,” and they should have the same rights.

The perspective that I would like to share is a very personal one. It is that of a gay, Jewish mother, raising my rainbow family in our North Shore Community. To those who have children or grandchildren, please think for a moment. What is it that you want for your children? Would you agree that key things are for them to:

My feeling is this… Marriage Equality will allow generations to come to feel that regardless of who they are and who they love, they will be accepted and supported by those around them, by their community.

My daughter Madison recently made it to the public speaking finals at Masada College. The children were given five minutes to write a speech on the topic which was “I wish”. The first child spoke well about wishing to be a famous soccer player. The next child asked for an unlimited chocolate supply.

Madison started her speech by saying, “You have all seen my funny side, but my wish is for something serious. I wish my mums could get married so we will be considered a proper family”. 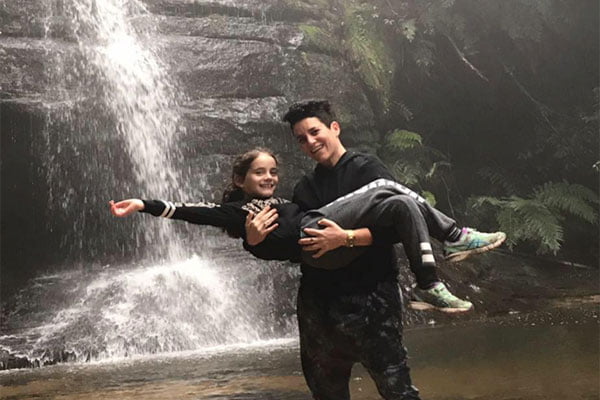 When my son Rhys started asking when we would get married, I explained to him that it wasn’t legal yet in Australia. He was shocked. They were both outraged. And then I saw great concern on his face. He asked “If it isn’t legal mum, then if you do get married, will you and Shelley go to jail?”

They understand now what it all means, and that we won’t be incarcerated, however, we are all flummoxed and I don’t have the answers for them as to why our family isn’t considered a proper family in the eyes of the law. 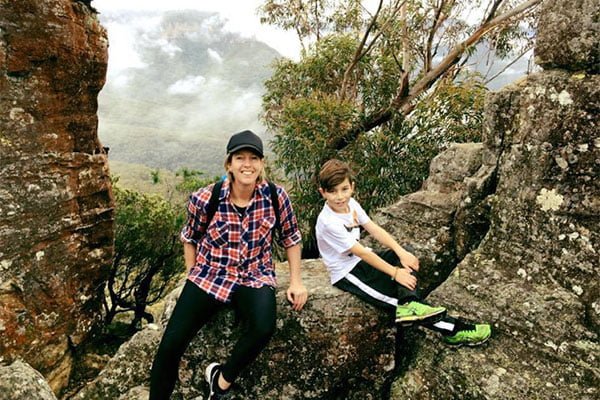 I’m a speech pathologist, and work with children who don’t have the words they need to communicate. The statistics on children with reduced language ability are unwavering – these children go on to experience social difficulties and emotional problems for the duration of their lives.

Why? Because words allow us to communicate our thoughts, feelings and ideas and humans rely on this to feel fulfilled.

What does this have to do with Marriage Equality? Everything.

You see without Marriage Equality, we don’t have the words to talk about our family. Donor, biological mother, other mother, heterosexual, gay, mums, dads – these are the terms that (gaybies) use on a daily basis. But their friends don’t need to think about these things.

Our twins are often forced to answer ridiculous questions from new teachers and peers because we don’t yet have the words to describe our family. They’ve been told by other children that they are adopted, they’ve been reprimanded by a casual teacher for not including their father’s name in a written task and when learning about their family tree, their teacher told them to cross out the heading ‘father’ and just write ‘mother’ on top.

We need Marriage Equality to normalise our family so that when my children have normal everyday conversations there is a mutual understanding of these terms.

And it isn’t just the children of gay parents, but also for children in our schools who are confused about their own sexuality. Marriage Equality will allow them to know that there is in fact a pathway for their relationship, even if it isn’t quite the future that their parents planned out for them.

And it is not just the kids. Without Marriage Equality I don’t have a word that describes my partner.

Shelley is for sure my soul mate. I couldn’t imagine loving anyone more profoundly. So to call her my “girlfriend” is just an insult, and trivialises the relationship we have – we aren’t teenagers who date and break up via SMS.

You might think “partner” is perfectly acceptable – but this avoids the use of gender and I can’t tell you the number of times I use partner and due to presumed heterosexuality people assume I mean my husband (despite looking like this!).

Then we have the whole awkward interchange that goes like this. Me: “Actually, my partner is female”. Them: “Oh, oh great, that’s fine, good for you”. So for me to participate properly in a conversation, I need to call Shelley my wife (or at least have the right to call her that).

#pashingforequality: Lauren & Shelley having a “pash” outside Parliament House

To help make a difference to North Shore Mum Lauren and her family, please sign up to the Equality Campaign so you can stay up-to-date with how you can support Marriage Equality in Australia.

Words are taken from Lauren’s speech at the Panel Discussion ‘Legalising Marriage Equality: What Does It Mean For Our Community’ on Sunday 6 August in Woollahra. Panellists were: