Comedian Tom Gleeson is not a big fan of Lane Cove. Tom lived in Lane Cove 20 years ago and has told his Facebook fans that it is the most boring suburb in Sydney. But Jacky Barker from In the Cove disagrees with the funnyman’s take on the North Shore suburb.

Writing on his Facebook page to promote his new show Cheer Up this week, Tom posted:

“When I started out in comedy, I lived in Lane Cove; the most boring suburb in Sydney. So boring, that they dug a tunnel under it and now people pay good money just to avoid it. 20 years later and I’m doing a show in Chatswood. This will be the closest show I’ve ever done to where I used to live. I promise the show will be less boring than Lane Cove.”

Needless to say, his comments have not gone down well with Lane Cove residents, and Jacky Barker from In the Cove website responded in this way:

“Tom needs to take a good HARD look at Lane Cove. Much has changed since Tom lived in Lane Cove! Rumour has it that he lived rent free in Lane Cove for 5 years!

“One of In the Cove’s favourite shows is HARD Quiz – I am now tempted to audition for the show. My speciality topic would be Lane Cove or Sydney suburbs labeled boring by Tom Gleeson!

“Tom Gleeson (who often gets mistaken for Tom Gleisner) is a funny man. Buy hey Tom, why take aim at Lane Cove? Tom, we challenge you to front up to Lane Cove for a coffee with In the Cove before your Chatswood Concourse gig. In the Cove will personally show you around Lane Cove and even introduce you to some of our colourful Lane Cove Identities. Tom has obviously not read our A to Z Guide on Things to Do in Lane Cove or our Top Lane Cove Trends.

“We may be boring, but Lane Cove has a big heart! Lane Cove has a proud history of volunteering and donating to local and international charities. We know how caring Lane Cove is – every day we receive Emails, PMs or posts about reuniting lost dogs, toys, helping out a neighbour and much more. Would I like to live in an exciting fast paced suburb where there is no social interaction or a daggy well-meaning caring suburb like Lane Cove? The answer is Lane Cove!!”

So will you be going to see Tom Gleeson? Is Lane Cove boring? What is your favourite thing to do in Lane Cove?

North Shore Mums is your go-to for advice, support and inspiration for parenting, mumlife, and kids’ events on Sydney’s North Shore.
All Posts »
PrevPreviousHow to settle your child into daycare
NextBeat the back-to-school stress with this tip!Next 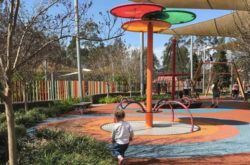 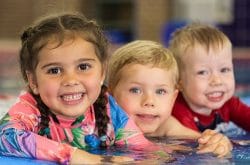 Splash into Spring with Carlile Swimming