Guide to gestational diabetes: What it is, the new test and more!

It’s been in the news a bit lately, and not just in the mainstream media – gestational diabetes has also been getting a bit of attention in the medical press, writes NSM and GP Dr Jennifer Roberts. This because there has been a slight change coming in the way pregnant women are tested for this often ‘silent’ condition that can seriously complicate their health, and their baby’s.

The types of diabetes explained…

There are three main types of diabetes where glucose processing in the body is the problem: type 1, type 2 and gestational diabetes mellitus. ‘Diabetes’ really just means ‘to pass through’, from the Ancient Greek (as in to pass a lot of urine, which people with diabetes do in an involuntary attempt to dump excess sugar from their bodies). ‘Mellitus’ is from the Latin word for honey. Early researchers, namely a 17th century bloke called Thomas Willis, noticed that the urine of some patients tasted sweet. However, how they first discovered this fact is beyond the scope of (a) this article, (b) my understanding, and (c) good manners!

Basically, in all three types of diabetes, the body does not produce enough insulin. Insulin is a hormone that is released from the pancreas in response to us eating food. Put simply, our bodies need to turn all food into sugar (glucose) by breaking it down, and insulin helps get this sugar out of our bloodstreams after a meal and into our cells for use or storage. Imagine yourself tidying up the toy room after the kids are in bed, putting everything away in storage containers. That’s insulin. Without it, where would we be? In a hot mess, that’s where!

Type 1 diabetes is kind of unrelated to the other two types. It’s caused by a process by which the body’s immune system, for unknown reasons, attacks certain cells of the pancreas which are responsible for producing insulin. The result of this is very high levels of sugar (glucose) in the bloodstream, which can be fatal if not brought under control with insulin injections. Type 1 diabetes always requires insulin injections, for life. It is also known as ‘insulin-dependent diabetes’. It usually, but not always, strikes people in childhood or adolescence.

Type 2 diabetes is different. Doctors believe the pancreas’ insulin-producing cells are slowly worn out over time, which is why this type is known as a ‘lifestyle disease’, although some people who get it are just unlucky and it’s thought to be genetic in others. It appears to be more common in overweight and obese people, but also in certain racial groups and can run in some families.

Sometimes, type 2 diabetes can be controlled and even cured by diet, while others need tablets and some need insulin injections to keep their blood sugar levels down. In type 2 diabetes the problem isn’t just a lack of insulin, though. It’s mainly thought the body’s cells are resistant to insulin, so the glucose just floats around the bloodstream instead of being taken into the cells. Imagine that instead of tidying up the toys yourself of an evening, you are shouting at your offspring to do it. They are ignoring you, of course. That’s type 2 diabetes.

Gestational diabetes (GD) is a bit like type 2 diabetes. It’s not usually permanent, but it first arises in pregnancy and is partly caused by the pregnancy itself. There are several hormones implicated which interfere with the body’s normal insulin use to raise blood sugar and give the baby more fuel. This is a good thing except, in some pregnancies, when it tends to overdo this function and tip into diabetes. Some people who get diabetes are just unlucky, while others are at higher risk of GD because of their age, weight, smoking, history of certain conditions (such as polycystic ovarian syndrome or previous insulin resistance), their family history (relatives with type 2 diabetes, mainly) or their racial background. Overall, about five per cent of pregnant women will develop gestational diabetes.

The symptoms of gestational diabetes

Essentially, these are the three symptoms of high blood sugar.

Don’t worry, I can hear your howls of derisive laughter. In its usual super-convenient fashion, Nature has provided a lovely set of symptoms which are also EXACTLY THE SAME AS PREGNANCY! So, we doctor’s test. Everyone. However, the point of mentioning these symptoms is that if you feel like you could have symptoms of GD earlier on in your pregnancy than when the test is offered (at 28 weeks), then you should mention it to your caregiver. This is probably going to be easier if you have been pregnant before and have something to compare it to, but still don’t be afraid to ask.

The new test for gestational diabetes

Though it shouldn’t have been, it was a bit of a surprise when I learnt I had to sit the ‘new’ test in July last year when I was expecting our second baby. (Denial.) But this did not prevent me from glowering across the desk at my obstetrician as he wrote a form for this purpose, cheerily describing the new guidelines all the while. (Annoyance.)  ‘Aren’t the new guidelines kicking in in January?’ I asked. (Bargaining.)  I left the appointment making a soft whining noise all the way to the lifts. (Depression.) I then called the lab and booked the test. Sigh. (Acceptance.)

You see, all women who have had a baby will have been offered a special test for gestational diabetes at around the 28-week mark. Until 2014, the test was the one where you had to drink a cold, sugary liquid – a bit like flat lemonade – and then have your blood taken to be tested after an hour. This was called an oral glucose challenge test or OGCT. The idea is that if you are developing, or already have GD, then drinking a sugary drink will make it obvious on the blood test and then doctors can start working to control your blood sugar for the remainder of your pregnancy.

As of mid last year, all pregnant women need to have a different test known as an oral glucose tolerance test (OGTT). It’s almost the same as the previous test except you:

Why? WHHHHYYYYYY??? Why all the endless tests? Have we mums-to-be not been through enough – what with all the making of the small humans and then the giving birth, and then the aftermath that is stretch marks and nipple trauma and cellulite and constant pelvic floor maintenance…?!  Experts at The Royal Australian and New Zealand College of Obstetricians & Gynaecologists (RANZCOG) have examined the available evidence, and they think that more cases (up to 20 per cent more) will be diagnosed using the more extended test. Doctors already use this test on non-pregnant patients to diagnose type 2 diabetes, so it isn’t really new. And, previously, women with a positive one-hour test were sent off to have the two-hour test anyway, in order to ‘confirm’ the diabetes. So it’s kind of less hassle, in some ways.

Some women find the test makes them feel a bit queasy – fasting, then drinking a sweet drink while pregnant is not anyone’s idea of a good time. If you’re like me and you pretty much have a muesli bar and a plastic bag going 24/7 when you’re pregnant, then don’t despair. If you have suffered a lot of nausea and vomiting in pregnancy, especially hyperemesis gravidarum, make sure you talk to your doctor or midwife before the test. Many women with these conditions avoid the test purely for fear of vomiting, however, you can get baby-safe anti-nausea medication to help prevent any ‘technicolour yawning’ during the test.

What can happen if you aren’t tested?

Nobody wants to do a two-hour OGTT. And nobody wants a diagnosis of GD, either. But if you have it, then you really need to deal with it and not put your head in the sand just because you feel fine. Uncontrolled GD equals too much sugar, and puts you and your baby at higher risk of complications such as the following.

So, what’s the treatment for GD?

This will kind of depend on who is looking after your pregnancy.

If you have an obstetrician, they will probably refer you to an endocrinologist (specialist in diabetes and some other conditions) who will help them manage the condition in your pregnancy (and beyond, if necessary). They may also refer you to other nursing and allied health practitioners to help with your diet or blood sugar monitoring.

If you are having your baby in a public hospital, either as a hospital patient or a GP Shared Care patient, you will be referred to that hospital’s diabetes clinic. Here, a multidisciplinary team (endocrinologists, nurses, dietitians) will help you in the same way as above, along with your GP or midwife.

Treatment may simply consist of a healthy diet along with monitoring your blood sugar using a glucometer – yes, that’s the finger prick thingy. You might have to do this up to four times daily at first. Then if your levels are good, you will be able to reduce this, sometimes to just a few times a week. The majority of women are managed in this way, but a few need medication, namely insulin injections, to keep their blood sugar level down. Either way, you’ll have a few more hospital or doctor’s appointments, but it’s manageable, and most of all, worthwhile for both you and the baby.

If you’ve had gestational diabetes, you’ll need to have an annual blood test, for life, to ensure you aren’t developing type 2 diabetes. The National Gestational Diabetes Register was established to help with ensuring that women with a history of GD are followed up and tested annually, and can give supportive advice on how to reduce the risk of type 2 diabetes.

Have you had the new test for diabetes? Or have you tested positive to GD? We’d like to hear about your experience in the comments section below. 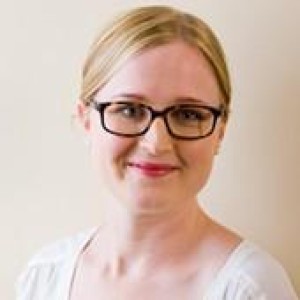 Dr Jennifer Roberts moved to the north shore in 2010 with her husband Chris, an orthopaedic surgeon, and is mum to their two daughters. Currently on maternity leave, she is a GP at Cremorne Medical Practice, works in private hospitals as a surgical assistant, and is involved with postgraduate medical education.
All Posts »
PrevPreviousBeautiful kids' storage ideas
NextHow to manage a home-based business … legallyNext