Empty Esky and Spend with Them: Helping Bushfire Recovery

Heard of Empty Esky? What about Spend With Them? These are just two of the campaigns that connect people with communities crying out for help recovering from the devastating impact of Australia’s bushfire season. Here’s how they work. And for any information about the intense season we’re experiencing, check out how to be prepared for bushfire season.

Empty Esky: How to help when you’re on a trip

Empty Esky is a national movement of foodies and adventurers

And the movement doesn’t end there. The idea is to go with empty tanks and buy petrol from local servos whose customers are scarce, with empty stomachs to nourish with meals at locally-owned restaurants who’ve missed out of a lot of trade during the bushfires, and more.

By travelling to towns and spending money, it’s hoped regional retailers and producers will get a much-needed boost from travellers.

“We are encouraging everyone to grab an empty esky, do a road trip, and head into an area impacted by the bushfires, when it’s safe to do so, and really shock locals, fill up that esky with everything local – wine, food, whatever you want,” founder Eleanour has said

Details: Empty Esky. Empty Esky is a national movement of foodies and adventurers supporting local businesses affected by the Australian fires. Here you’ll find everything from wedding venues to blueberries. See how you can get involved in the movement.

Spend With Them: Supporting survivors from home 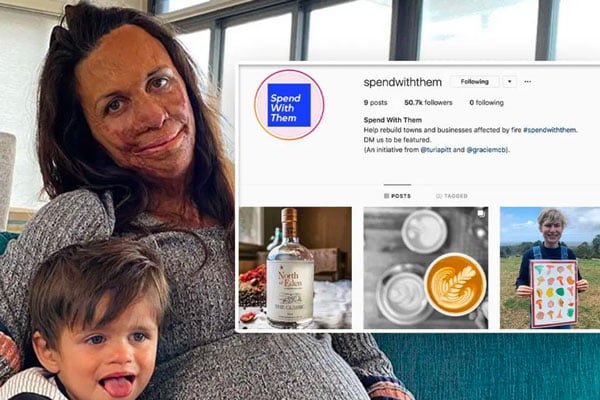 Spend With Them is the campaign supporting business impacted by bushfires, led by Turia Pitt

You might have heard of Buy From the Bush, an online hub that showcases wares from different drought-affected towns, helping connect people with the businesses who most benefit from their buying power!

Well, Spend With Them, started by NSW South Coast locals Turia Pitt and Grace McBride, has a similar idea behind it. The Instagram account features businesses in fire-affected areas, so you know your spending is helping someone.

“Obviously our community has been so deeply affected by the fires over the last few weeks – physically, financially, emotionally and mentally,” says Turia, who suffered severe burns after being caught in a grassfire during an ultramarathon in 2011.

“We wanted to do something right now that would make a difference to [these businesses] and would continue to support them for months, and hopefully years, to come.”

The Spend with Them Instagram account has now attracted over 50,000 followers who see amazing produce and goods from small businesses across a range of fields, like local fresh foods, wines and fashion.

Details: The Spend With Them Instagram account has attracted over 50,000 followers profiling small businesses to spend with, including local fresh produce, wines and fashion. 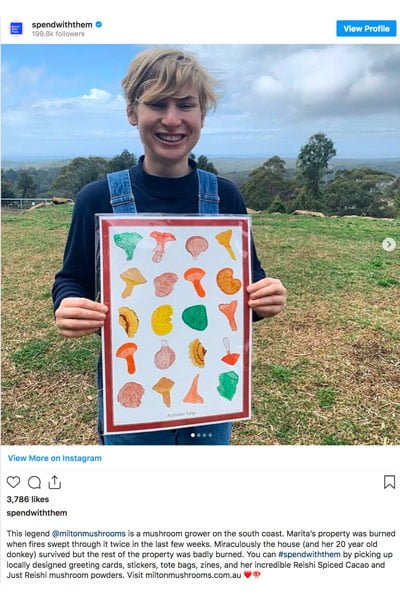 The Instagram account profiles small businesses across a range of fields, including local fresh produce, wines and fashion

A farmer’s story: Life after the bushfires 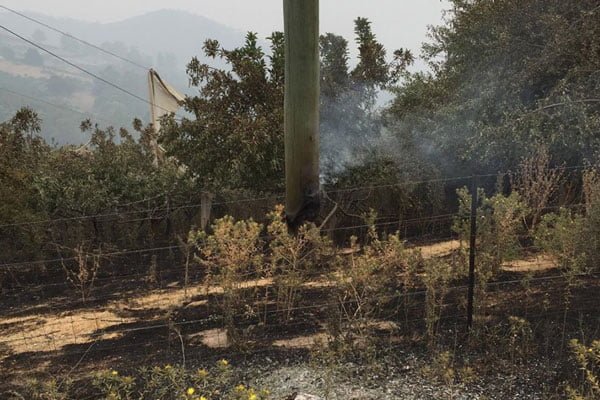 Other ways to help may be to donate directly to farmers in need, such as an individual farm or a group of farms.


NSW’s Jason Ryan is a family farmer from Batlow who also runs a portal selling produce from multiple farms. He shares his story with North Shore Mums.

‘We have farms in Batlow and most of our family live down there,’ he says.

‘We sell the produce we grow along with produce from other farms in Batlow and the wider area online and at farmers markets in Sydney.

‘Our own farms, the other farms we work with, and the wider Batlow community have been impacted heavily by the fires.

‘We have all lost infrastructure and crops, on our own farms we’ve lost about 7Km of fencing and 80% of our pasture, crops and orchards.

‘It’s been a pretty tough few weeks for everyone but we have already started rebuilding with the amazing people from Blaze Aid in helping to rebuild fencing. We are finding that emergency funding for rebuilding farm infrastructure from both government & charities is either unavailable or very slow.

‘We have set up a GoFundMe campaign to raise money for fencing and stock feed for the area and are also working with the Batlow Rotary Club to ensure these funds go to those in need and to benefit the wider community. We have so far purchased fencing materials & paid for breakfast for the community at the Rotary Clubs Australia Day breakfast.

It was an amazing morning for the community with the army in attendance as they are in town to help with the cleanup.’

Details: A Batlow GoFundMe allows you to donate direct, while the group are donating 10% of our online sales from Hillview Farm Collective to the same cause. 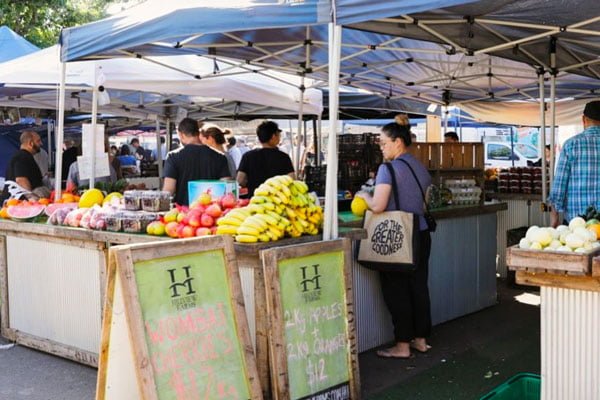 Hillview pay farmers upfront and up to twice what the supermarkets pay. Support NSW farmers!

Empty Esky,  Spend With Them, Batlow’s GoFundMe and Hillview Farm’s buying portal are all available ways to lend your support to fire-ravaged communities!