Will you use this weekend's election to call for changes to the NorthConnex tunnel's filtration system?

We need to make it clear to those being elected by the people that we want them to consider a solution to the pollution coming from unfiltered stacks in the soon-to-be-built NorthConnex tunnel, writes a local mum, qualified doctor and Doctors Against Pollution advocate.

Our medical group recently received a frantic message from the community groups who are fighting the WestConnex project – “NorthConnex was being touted as an example of excellent community consultation, with excellent air quality and they have the same plans for WestConnex!” I clearly was shocked and dismayed that the messages of our community and medical groups were not reaching the powers that be. As a medical doctor, I know that the public health crisis that awaits us, will also await them. They are sure to experience the same risk of heart attacks, strokes, lung cancer, asthma attacks, and impairment of lung growth in children.

And, of course, the government has a duty of care – a mandate that we the public have given them. Many at the NorthConnex rally in Wahroonga Park a few weeks ago said they would carefully consider who to pass this mandate onto in this upcoming election. Many also raised concerns about placing their children in local schools where they would be inhaling emissions. In Victoria, local schools had similar concerns regarding unfiltered emissions from the East West Link tunnel and acted on these issues.

When our medical group discussed the health issues with Labor Minister for Roads Michael Daley, he took the time to understand the health impacts. And when he saw the stack site close to homes and schools in Wahroonga, he was visibly shocked. I was also personally heartened by his interest and his move to establish an independent medical panel, in conjunction with our medical group and the Australian Medical Association, to review and rectify the air-quality problems of NorthConnex before building it. He took onboard our suggestions and discussed solutions to the issue proposed by local engineers, which would remove the need for any community taking on the burden to health imposed by large volumes of pollution from a single stack. You can read more about his solutions here. Our group welcomed this review by the Labor party as a true effort to solve the NorthConnex problem.

I recently learnt that the way people design tunnels overseas in countries such as Japan is by ventilating the tunnel along the entire length, removing polluted air progressively into a separate chamber to the trucks and cars. They then treat the polluted air with filters that capture the particles and other toxins all along the tunnel length, leaving the residual treated and clean air to be piped to safe sites for dispersion into non-habitated locations – removing the need for any stacks in any of our communities! I also learnt that the cost for this design for NorthConnex would be about three per cent of the total project budget, and I remain hopeful that this extra small percentage could be invested by the government in taking the NorthConnex tunnel to worldclass standards. We should expect no less from those we elect to government. The solution for health is so simple, and is standard practice worldwide.

There is no reason Mike Baird and Tony Abbott should approve a tunnel design that will place at serious risk the lives of the communities they are supposed to protect, when safer alternatives exist. They know about the health issues, but are refusing to put in safeguards – they know because our medical group met with Mike Baird’s cabinet last October. The Australian Medical Association also met with Minister for Roads Duncan Gay. But the government is refusing to listen to us, and continues to turn a blind eye to the impending health crisis.

At the recent rally at Wahroonga Park on Saturday 28 February, we heard from community members, such as asbestos awareness group Bernie Banton Foundation, and political candidates for the state election on 28 March. When the Liberal party representative spoke, he merely suggested that if we called or emailed they would let us know where they are in the process. Many angrily shouted “we wrote to you with no response” and  “you have turned the sod already”. The anger in the crowd was palpable when this Liberal member spoke, and the looks on people’s faces were ones of shock and frustration – many said they have lost faith in the party they had trusted for so long.

Dean Banton has witnessed the loss of a loved one – his father Bernie – who died of mesothelioma as a result of the corporate negligence of James Hardie. He told me that this situation has eerie parallels to what he has been through. Dean spoke about how angry he was to lose his father to asbestos-related cancer eight years ago when he was just 17, and how painful it was to watch him pass away. The Bernie Banton Foundation is in full support of the work of the Doctors Against Pollution group for which we are grateful for.

The emission stacks in Wahroonga and West Pennant Hills will discharge asbestos-like particles to be inhaled by residents and children. But we cannot see or smell fine particles from diesel pollution – just like the fine fibres of asbestos. From a medical perspective, it is horrific – the equivalent of placing an asbestos factory and chimney in the centre of 17,000 children, the elderly and other residents and asking them to inhale the air.

I often wonder if the politicians would spend even a minute inhaling asbestos, or making their loved ones and children do the same? As a mum, would I allow my child to inhale asbestos, or high concentrations of diesel particles? We are looking at large volumes – more than 152 tonnes per year of particles will be emitted from the unfiltered stacks for all to inhale! These particles never go away, contain lead and arsenic, inflame lungs and they can be inhaled wherever the winds take them.

At the “meet the candidates” event for Ku-ring-gai last Thursday 19 March, the new Liberal Candidate for Ku-ring-gai, Alister Henskens, refused to budge from the Liberal stance on this project, stating it would go ahead regardless. He dodged questions about why the Liberal government was ignoring concerns raised by multiple independent medical bodies, including their own Department of Health. He also did not answer the question: “How long would you spend in an asbestos factory without a protective mask?”

The Labor Candidate David Armstrong was clear that the Labor government would not build a tunnel that was deemed unsafe for users and communities. The Greens Candidate for Ku-ring-gai Pippa McInnes also spoke of the impacts to our environment. The Labor Party and Greens have both supported an upper house inquiry into NorthConnex – which would halt the project.

How you can help at the NSW election and beyond

At this point, I think we need to stand ground as a strong North Shore community. I wonder if Mike Baird would visit Ku-ring-gai and take the time to understand this issue? Will he come and see the site of the stack before the election? Will he commit to listening to his own Department of Health and make the tunnel safe for users and communities? Will he spend a mere three per cent extra to make the tunnel safe for everyone? Will he match Labor’s serious commitment to review the issue?

It is time we act collectively to prevent this crisis for our children. As a mother and doctor I sincerely ask for your action:

It is critical we use this election to influence the changes we need for a safe project for our community.

There is still hope for us, until the final design is put forward in the coming months, before construction. I hope you will join this effort with your medical community before all parties involved regret this utter failure – the placement of corporate greed before the people of Australia. Together we can still save our children from NorthConnex and help our neighbours change the design of the WestConnex tunnel, too.

For more on the problems associated with the filtration of the NorthConnex tunnel, read What?! Pollution stacks near Upper North Shore schools?!

We’d like to hear how you think the government can help provide filtration in the NorthConnex and WestConnex tunnels. Please share your thoughts in the comments section below.

All Posts »
PrevPreviousFiji: Our trip to Denarau Island … again!
Next5 gentle prenatal yoga poses you can do at homeNext 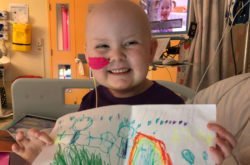 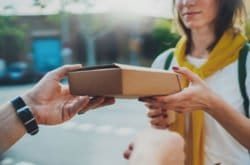 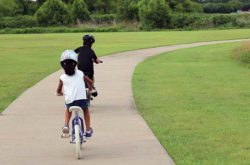 Best bike paths for kids on the North Shore