In a couple of weeks my daughter, who will turn 6 at the end of March, will begin Kindergarten. Today we played schools, she dressed up in her uniform, put on her new shoes and we read stories, drew pictures and did some writing. Playing schools is her new favourite game and one in which her little sister can join in willingly. The excitement is building.

This time last year she was excited about entering her second year at her preschool, to be going from two days to three days and to have some old friends in her class. I was aware that she could start school last year but after (much) deliberation, decided that we would give her another year at preschool.

Another year to build friendships, gain confidence in a nurturing environment, learn through play and to build up to the five day routine.

Now, weeks out from the start of this new stage, I am happy with our decision. We are all feeling excited and ready. Whilst I may shed tears on the day, I am content knowing that I have shared the last year with her. I wouldn’t trade it for anything. I watch her play with her little sister, teaching her how to play UNO, helping her write her name, playing in the ocean, making up games and enjoying craft. I know I have done my best, and whatever will be will be.

It has not been an easy decision. When peers who have children the same age are sending their children and questioning you on your decision, it is sometimes hard to verbalise your reasoning. Knowing that she would probably have been fine if she had started, but not having the ‘gut instinct’ I have now, often made the decision harder.

People would warn me about the dangers of her turning 18 in Year 12 and wanting to go out and drink all the time and argue that she would be bored in a second year of preschool (she wasn’t) and then tell me that they thought she seemed ready… but in the end someone told me that once I had decided, to stick to my decision and not let others try and reshape it.

It also helped that her preschool teacher believed in two years of preschool, enabling her to have an opportunity to be the younger child who was less assertive and to then be one of the older children with an opportunity to build on her lack of assertiveness and consolidate her social skills.

The truth is, as a teacher, I know that she would’ve been fine in the classroom. But it is more than just the classroom and academics. It is the playground with children up to year 6, the leap from two days to five, the size of the school. The emotional challenges, the social challenges…

This is not about us following any kind of trend, ‘red-shirting’ or wanting some kind of academic advantage (I have taught many children who are the youngest and the brightest), it is about us just not being in a rush to begin the next stage, to want to have some more time with her.

That may be selfish, but so is being so excited about your kid starting school that you let their wants now, shape your decision. I have friends who have told me that they don’t think their child is ready but that their friend from preschool is going and they would be devastated if they didn’t go too.

We were fortunate in that ‘big school’ was not something she begged us to attend. She never asked to go before we started talking about it. She had a happy time at preschool and seemed content with that, so we were content as well. It was only after orientation that her enthusiasm started to show and ‘big school’ became more than just a concept everyone seemed to ask her about.

For anyone who is lying in bed, mulling over this decision, wishing that their child had’ve been born in September, I empathise. I have been there, driving my husband crazy, over thinking, over analysing this decision so much that when school began last year I felt relief.

I hope you feel the same relief soon.

So, what are you doing? If you have a child born in the first half of the year, are you ‘holding them back’ or ‘sending them early’? What was the key factor that influenced your decision?

All Posts »
PrevPreviousNSM Review: The 26-Storey Treehouse
Next9 Tips for successfully returning to the workforceNext 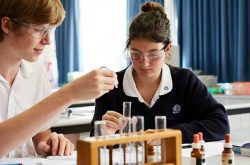 North Shore School Expo: How to find the right school for your child (quickly) 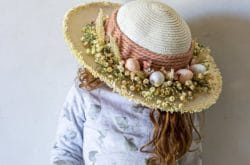 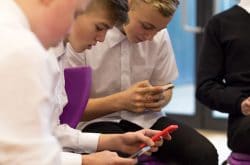 Sign the petition: Mobile phones should not be used at school during recess & lunch