Jenny McGregor found therapy in writing music when she suddenly lost her 18-month-old son, Jamie, in 2010. During her darkest hour, she found inspiration to help other grieving parents cope with their pain.

UPDATE: Jenny would like to thank the generous donations from families which have seen her pass her goal, with current pledges of $25,965.

“In terms of my thoughts, I am just over the moon,” she says. “In fact words can’t express how happy and privileged I feel to be able to make this album as a gift for so many other bereaved parents.I have had such a huge response globally, that I am currently trying to formulate a plan, as to possibility affiliating with other child loss charities and foundations in US and UK to start, in order to get this album out for free to as many bereaved parents who would like a copy, as possible! Simply amazing!!!”

You can read Jenny’s story below.

Jenny McGregor’s son Jamie would be about to turn eight years old.

But the Dee Why mum, now 33, tragically lost her son in 2010 when he died at Mona Vale Hospital after suffering seizures from 10 months. 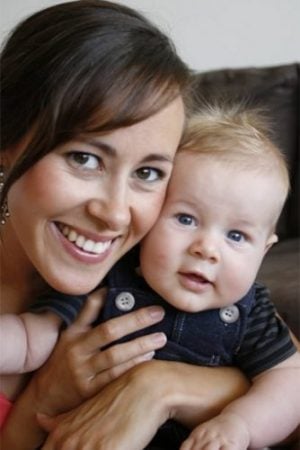 Jenny with her late son, Jamie

She had been staying with her nephew, who had been diagnosed with a congenital heart condition, at another hospital when her husband called her to Mona Vale Hospital because Jamie had stopped breathing.

When she arrived, she found a group of doctors working on Jamie.

“They worked on him for hours, to the point he had broken ribs,” she says. “At 11pm, he was pronounced dead, and no reason was found for his death.

“It was completely unexpected and devastatingly painful,” she says. “No mother ever expects to lose her child; to be the one to put the lid on their child’s coffin. 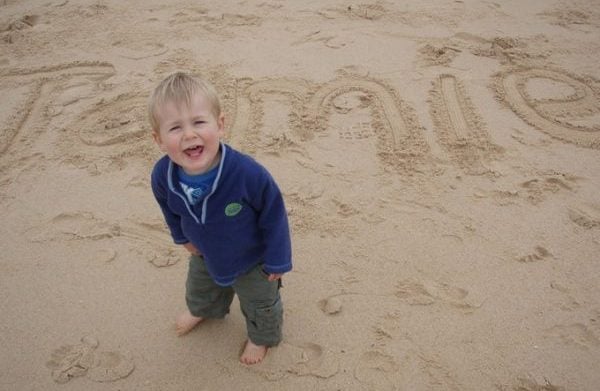 “However, I was suddenly faced with the harsh reality that this does indeed happen… and it happens more than we would care to conceive.”

During the devastating time after Jamie’s death, Jenny was helped by The Red Nose Foundation. They offered her and her husband, Ben, free counselling and support in their darkest hour.

Through her work as a Clown Doctor for The Humour Foundation, sadly, Jenny also knew first-hand that losing a child is not a rare thing, and that many others have been through the same grief.

Now, Jenny is giving back to the community that helped her in her time of most desperate need, starting a Kickstarter campaign that aims to raise $25,000 to professionally produce an album of 12 songs and then share it with bereaved parents.

In order to help those who need it most, Jenny is creating the album to provide free to Red Nose. The album will be free for all parents who access Red Nose services.  Her music will also be available for sale, with 100% of all proceeds going back to Red Nose.

“This album is a legacy to my son, Jamie. It has been a part of my healing, and if it can help just one other person heal, then it has been completely worthwhile.”

The Love and Let Go (An Album for Bereaved Parents)  campaign ends on Friday, the 18th of August, 2017. Donate here or find out more at Jenny McGregor’s Facebook page and website. 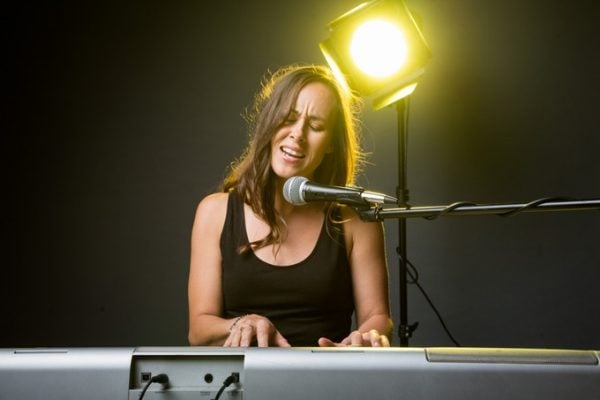 North Shore Mums is your go-to for advice, support and inspiration for parenting, mumlife, and kids’ events on Sydney’s North Shore.
All Posts »
PrevPreviousYes and No: A mother’s response to the Marriage Equality vote
NextMarriage Equality: Local Councillor takes a standNext