One North Shore Mum had a brush with disaster when her son swallowed part of a fidget spinner. Here’s the lucky outcome.

A North Shore mum’s fidget spinner warning went viral this week after her post to NSM, telling her story:

“Parents of fidget spinners beware,” the mum wrote. “Our son swallowed the disc of a fidget spinner last night and ended up at Royal North Shore Hospital Emergency.

“The side of the spinner was cracked and when he spun it, the disc flew in his mouth & before he realised, he swallowed it!

“He had it for less than 48 hours. Ours are now in the bin and just want to make you all aware of what can happen with these things. He has to pass it within 2 days or we’re looking at alternative methods of extraction!”

The family later reported that the boy was discharged from hospital after three hours of examination, with doctors advising if the disc didn’t pass out of his body naturally within two days they were to return to emergency.

After the post reached the mainstream news, the mum gave North Shore Mum an update.

“Thank you to the mums and lovely ladies who showed your support in what happened to our son,” she wrote.  “I am SOOOOO happy to report that we struck gold this afternoon and are all extremely relieved he’s OK.” 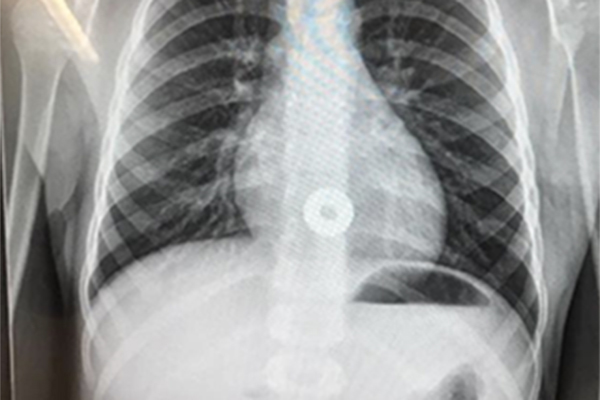 North Shore Mums is your go-to for advice, support and inspiration for parenting, mumlife, and kids’ events on Sydney’s North Shore.
All Posts »
PrevPreviousRadio Interview: Stars of the North
NextDeni Hines chats to NSM about Stars of the North…and her ‘fur family’Next