Uluru: Rock-solid tips for a family visit to the red centre

We went to Uluru recently, and so I wanted to pass on a few tips for anyone thinking of visiting. It was absolutely amazing and beautiful, and 100 per cent worth going. I know a lot of people say they want to go, so I thought I’d share some info from our trip, writes North Shore Mum Amber Emken.

We choose to go to Uluru in winter because the flights during the last two weeks of May and the first week of June were WAY cheaper. It’s the slow season, so there is way less demand for seats. It meant half the plane was empty both ways and so we got to spread out and give ourselves more room. Great when travelling with a lap baby! It also meant the resort we stayed at was lot quieter, as was Uluru itself – I can’t imagine the madness there during the height of tourism season. The other good thing is that the sun sets earlier and rises later so, with kids, this is much more ideal. Definitely stay outside after sunset to watch the stars come out and the moon rise – that was beautiful. Temperature-wise, it never got above 25C while we were there, which was very manageable with young kids. 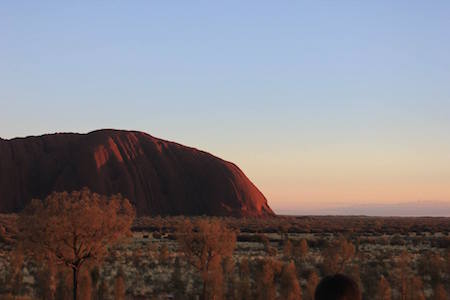 How long to go for…

We flew up on a Tuesday morning and flew home the following Thursday afternoon – the flight each way is only just over three hours. It was really cheap this way, since it’s the slow part of the week for flights and hotels. However, in retrospect, I would have allowed at least one more day since we didn’t see much that first day. Three nights, rather than two, would have been perfect.

I was shocked at how child-friendly it actually was up there. All the paths around Uluru are smooth and even so you could easily have used a pram. We took a baby carrier, but it would have been fine there either way. The hike over at The Olgas up to the first lookout (about an hour) was ok for our five-year-old to walk, but you would definitely need to use a carrier, not a pram, for a baby since the track is very uneven. I wouldn’t expect to do the entire Valley of the Winds Walk with children, but that first lookout is very doable. The other pro is that kids are generally up at the crack of dawn anyway, so getting them up a few minutes earlier to get out to see the sunrise wasn’t that hard. And I figured if I was already used to getting up early, it was better to do this trip now than in 10 years time when I’m actually sleeping again! 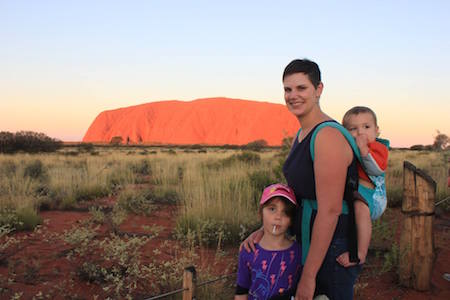 We stayed at the Ayers Rock Resort’s Emu Walk Apartments, in a one-bedroom place. It was handy in the morning when we wanted to get moving early, so we could just make breakfast. Plus, it gave us a bit of separation from the kids, and they do provide port-a-cots free, if you ask. The Resort is pretty kid-friendly as well, offering native dancing, dot-painting demos and Aboriginal stories each day for free. The restaurants were also very kid-friendly with good food.

We flew straight into Uluru which was good with two kids (aged five and 18 months) and, oddly this time of year, cheaper. We then rented a car and really were glad we did. The 160 bucks we spent meant we were able to get around when we wanted to and didn’t have to pay for tours, so it was a very worthwhile investment. To get to Uluru to the the lookouts is close to 30 kilometres from the Resort, and The Olgas are about 50 kilometres away, so you certainly need a car or a bus tour to get around.

It can be expensive. You are truly in the middle of nowhere, meaning you are completely at the mercy of the Resort for food. It’s not the cheapest stuff ever, but the Resort does offer up about 12 restaurants at varying price points that are open at various times of the day. Everything we had was good and not terribly expensive. There is a small IGA there, too, but obviously it’s pricey, so pack snacks if possible.

There are flies. The flies are awful, I’m not gonna lie. They constantly bother your face. Wearing a hat helps. Also, the Uluru-Kata Tjuta Cultural Centre sells personal fly nets for your face for $10. Best money you will spend! The only regret we had is we only bought them for the kids and then wished we had them for us as well. 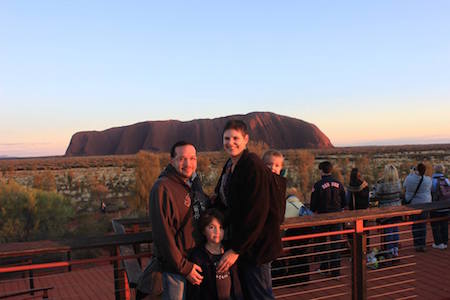 If you’ve ever been to Uluru, please share your advice in the comments section below. 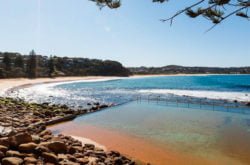 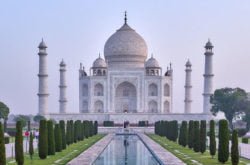