Time to ditch the dummy? Here’s how to do it

It’s 3am, you’ve been up for hours and your child won’t stop crying, so you reach for the dummy…and ahh, the sweet sound of silence as your contented baby sucks away peacefully. But fast-forward a few years to the day it’s time to say goodbye to the pacifier, and in some families, all hell breaks loose! Here are the ways our wise North Shore Mums helped their child part with their dummy. 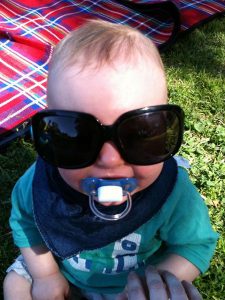 1. Nikki: My daughter went around the house with a little basket and put them all in, and left them at the little ‘fairy door’ and went and had a bath. When she got out of the bath the fairy had taken the basket and threw them in the big bins out the front after cutting the tops off (just so the fairy didn’t get weak through the night) – and replaced the basket with a big super dooper present that took her mind off it until bed time! We had one hard-ish night (woke 2-3 times) and never looked back after that! Keep reminding her today by saying “I can’t believe you are all grown up and the dummy fairy is coming” and “how exciting no more dummies because you’re a big girl”! I actually think it’s us that have a harder time than the kids.

3. Danielle: My friend had a baby and I asked DD to give her dummies to the baby. She was ready, we wrapped them up in a present, made a card and that was it. We went shopping and I let her pick a toy as a reward for being a big girl.

4. Karen: I poked holes with a pin in my daughters and every day put a few more and eventually she found it gross.

5. Miriam: Try trading it, when I wanted to get rid of the bottle at night I traded it for a toothbrush – worked so easily, however I did this with mine when they were 1. A friend of mine took her toddler and “posted” the dummy to a baby who needed it, so her toddler knew it was gone – not just hidden or lost. 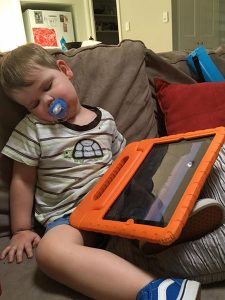 6. Alison: In Scandinavia they have ‘dummy trees’ you take your little one to the special tree and he hangs it up on a branch and ceremoniously says goodbye.

7. Crena: Make a small cut in it with scissors. When he finds it does not work say “should we throw it/them in the bin?” Worked on both my girls and they both put all their dummies in the bin.

8. Danielle: When it was time to give up, I think when they turned 3, my friend’s kids all gave their dummies to the garbo! Little one waited outside with Mum as the truck came up the street. Garbo solemnly got out of the truck, came over, accepted the dummies, hopped back in the cab and continued on. Very cute!

9. Talia: Trade it in for a toy they can pick out. I gathered up all his dummies into a bag. I told him we were giving them to the lady at the shop and we could buy a motorbike toy. He happily handed the dummies over but regretted it later. I just reminded him they were all gone (make sure you find ALL of them and remove them from the house!!! You don’t want any strays and no back-ups!) he took his toy motorbike to bed and he asked for his dummy frequently. It took four weeks for that to stop.

10. Hashila: We went down the trade road too. We let go of one dummy at a time over 3 days as we felt this was the best for our DD2.5 (we were on holiday & left it in different locations). We prepped her emotionally about how she would feel after giving her dummy away. I told her every time she felt sad about the dummy she could get extra cuddles and we’d bring out the gifts she received to enjoy.

11. Michelle: We gave ours to Santa for the elf babies. We chose a special box and wrapped them specially.

What was your approach to saying goodbye to the dummy? How long did it take to work?

More on toddlers and pre-schoolers

North Shore Mums is your go-to for advice, support and inspiration for parenting, mumlife, and kids’ events on Sydney’s North Shore.
All Posts »
PrevPreviousFlying high! Keeping your kids entertained in-flight
NextNSM Inspiring Mum: ‘She made her own happily ever after’Next