The curse of the mummy clique

For some, becoming a mother means stepping into a real-life version of Mean Girls, with unkind mums or group politics causing trouble. Here North Shore Mum Melissa Dibben tries to make sense of ‘mummy cliques’ and what you can do when faced with one.

For me, being a mummy is the best thing in the world and nothing could have prepared me for it. The high highs and the low lows, all combine to make the magical journey of discovery that is motherhood. I still love to watch my children sleep, to smell their hair and snuggle with them on a cold day. I assume that many other parents feel the same way. However, what I was not prepared for when I first became pregnant for the first time five or so years ago was the amount of judgement and criticism I was opening myself up for by virtue of the fact that a small person was growing inside me. I call it the curse of the mummy clique.

Why are mummies mean to other mummies? Perhaps not deliberately but why do other mummies, from all generations, sit in judgement on each other? Surely we can all acknowledge that we are not perfect, that we make mistakes, that we don’t in fact know it all? I think I’m a good mum but many times I’ve realised that I haven’t done a good job, that I could have done better, that I need to rethink what I once thought to be the case. And yet I too have found myself shaking my head thinking ‘really?’ about someone else’s choices. Am I part of a mummy clique?

It seems that from the moment a woman announces that she is pregant she becomes an object that is open for discussion. It is one thing for well meaning friends and relatives to have an opinion, it is quite another for strangers to offer their unsolicited opinions and judemgents on what women choose to do or not to do. Public or Private? Vaginal or Caesarean? Breast or Bottle? MCN or Disposable? Return to work? Fulltime SAHM? Routine? Controlled crying? The list is seemingly endless. To some degree I believe that social media is to blame for what I see as the rise of mummy judgement. Things that people would never dream of saying out loud to someone they didn’t know are easy to type from the relative anonymity of a computer screen. Has the rise of social media led to a decrease in manners and courtesy and an increase in the inability to self sensor?

I have been very, very lucky in that I have rarely been on the receiving end of a real or virtual slap down for my parenting choices, mostly I think because I am not an overt sharer with people I don’t actually know, you know in real life. The mothers group I joined were all delightful and supportive women who each at one time or another had trouble with something and I cannot recall a single instance when someone else in the group made tut tut sounds or worse flat out called them a bad mummy. In fact, a more supportive and yet I have seen this happen online, in the media and in chat rooms.

However, sometimes it is just so ridiculous it is downright funny. When pregnant with my first and standing in the Medicare queue idly rubbing my belly, an elderly man told me that I ‘shouldn’t be wearing high heels’ in my condition. Excuse me? Or the elderly lady who insisted that my child would ‘catch his death of a cold’ because he didn’t have socks on… in February. Little bugger preferred to eat them rather than wear them. I have once been truly moved to speechlessness at the rudeness of one person. After the birth of my much wanted second child, my second son, I was asked – by someone I’d never met before, if I was ‘disappointed that he wasn’t a girl’? No, no I wasn’t. I was thrilled to have a healthy baby.

Nothing is likely to fire up a group of women more than parenting choices, particularly the parenting choices of others. I would like to judge my fellow mummy less, because even though we each have one, two or more little people in tow, there is no possible way that I could understand your situation and more than you could understand mine. What we can understand however, is that we are trying our best, sometimes successfully, sometimes less than that, but always with the well being of our children at the forefront of our minds.

Have you come up against ‘mummy cliques’? How did you handle the situation? 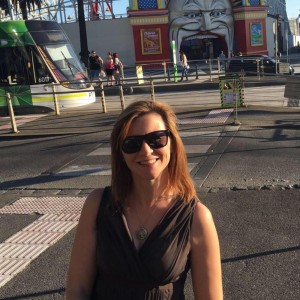 Melissa is a married mum of two little boys aged 7 and 5, lovingly nicknamed The Minis. She has worked as a High School teacher for 17 years and spends her time playing with The Minis, wrangling teenagers and juggling all of this with her long suffering husband Mark.
All Posts »
PrevPreviousWhy I Became a Firefighter
Next‘Fear was my constant companion’: Growing up with domestic violenceNext 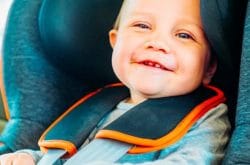 Buying second hand car seats: What to look for 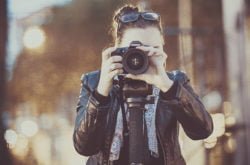 10 new skills you can learn during isolation 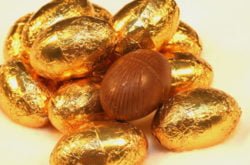 Managing chocolate at Easter: How much sugar is too much?