Located on the upper north shore, approximately 26km northwest of Sydney, surrounded by bush and acting as a gateway to the M1 and the Central Coast, Thornleigh is experiencing unprecedented growth in population, infrastructure, development and popularity with families who enjoy the great sense of community and bushland surroundings.

Like its neighbour Westleigh, Thornleigh is a family orientated community with families making up 83% of the 2365 households in the area. The average age of Thornleigh residents is 38 years of age, with 22% of the population aged 0 -15 years.

Homes in this suburb are of a mixed nature in regards to style, ranging from contemporary architecturally designed homes to bungalows and renovator delights. Located in Thornleigh is the complex Wild Ash Grove which features over 120 dwellings varying in style and size, but have proven very popular amongst buyers.

Thornleigh is a suburb undergoing change with major upgrades to major arterial roads including the North Connex tunnel which will dramatically reduce traffic congestion along Pennant Hills Road. Thornleigh station is on the Northern Line train system with trains utilising the newly upgraded Epping to Chatswood line to get into the city faster, with new upgrades still to come.

Aldi supermarkets opened in October 2014, which compliments the existing Thornleigh Marketplace, home to Woolworths, Dan Murphy’s, Butcher, Pharmacy, Australia Post and more. There are many restaurants and café’s located throughout including Chinese, Thai, Indian and fast food outlet McDonalds, whose training centre is also located in Thornleigh. Bunnings Warehouse, Kennards Storage and Ibis Hotel are also found along the main road.

Thornleigh Golf Centre and the Thornleigh Sports Centre located at the old Thornleigh Brickpit site has provided a great boost to the area providing great sporting facilities and recreational activities including Skate Park and Mini Golf as well as the most technologically advanced Driving Range in the Southern Hemisphere. Sports Bliss and Aqua Bliss provide further sporting facilities including swimming lessons, indoor netball and soccer competitions as well as many junior sporting camps,  coaching, soft play and Birthday Parties.

Catering for the families that live in the area there are numerous parks in the area including the Brick Pit Park, Janet Ave Park, Larool St Park and Dawson St Park which also has an off leash dog park.

Thornleigh has a rich history going back to the times of Governor Arthur Phillip in 1788, when a group of men were sent northwest to explore. Of these explorers, was Constable John Thorn and Constable Samuel Horne, famous for catching Bushrangers Dalton & John MacNamara from the North Rocks Gang in 1830. Thornleigh was named in honour of John Thorn, and Hornsby in honour of Samuel Horne. Settlers began to move into the area in the 1830’s.

Thornleigh grew in popularity as the railway line from Hornsby to Strathfield began construction with one of only three Zig Zag railways in Australia being built to access the quarry in the gully west of Thornleigh. Thornleigh definitely has a very interesting history, with major streets in the area all being named after people of significance to the area and with a little bit of digging, many exciting facts are revealed. 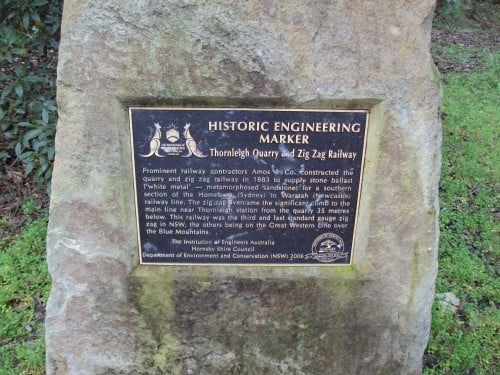 Josy, a North Shore Mum who lives in Thornleigh, shares what she loves about the suburb:

Thornleigh is a leafy suburb in a pocket of the Northern Suburbs of Sydney, or Upper North Shore, depending on whether you read Wikipedia or not. I like to call it ‘West Wahroonga’ and live in hope that if we live here long enough it will develop in to the same kind of village.

There are many families in the area and children play cricket in the street, families ride their bikes together on the weekend, the kids who trick or treat are polite and only take one lolly before your tell them that they can have more!

Preschools, primary schools and high schools are all located in the area and many people move to the area for that reason. We are a short drive to Hornsby Hospital, which is great when you have an adventurous second child who likes to climb and jump off high surfaces.

Whilst the Hornsby shops are nearby, there is also a new Aldi and Thornleigh Marketplace is also close. For times when you are kid free, Wahroonga cafes are only a short drive away and the leafy streets in Thornleigh provide a good workout with lots of hills. You feel safe as there are always lots of people walking, running and cycling around and people watering their garden or giving their leafblowers a workout.

Whilst Pennant Hills Road can make any local Mum scull a shot of Bache Rescue Remedy, the freeway is nearby and easy to access. Once on the motorway, Brooklyn and the Central Coast are a short drive away for weekend activities. Or we can avoid Pennant Hills Road and take a nice country drive out to Fagan Park. We can access the train easily by walking to Normanhurst Station.

At night, it is quiet and peaceful, whilst in the mornings the sound of birds nested in the trees around can be heard as a wake up call. Rainbow Lorikeets and King Parrots, their beautiful colours on show, come to say good morning on the back deck. 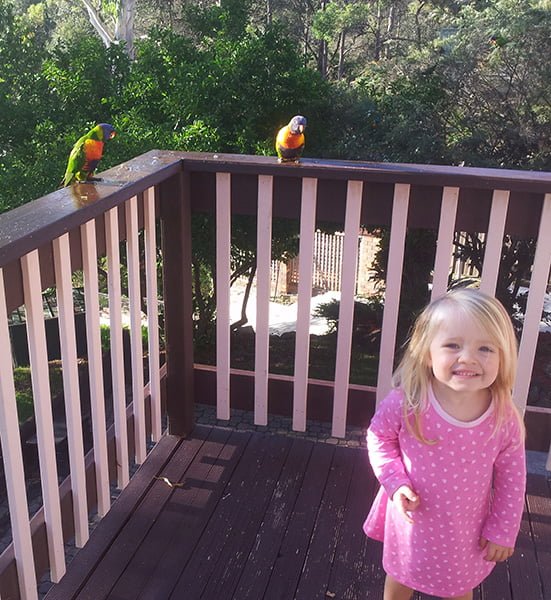 A morning visit from some tame Rainbow Lorikeets

For the kids, Normanhurst Park has an oval, basketball courts and a small playground which is a five minute walk away. Brickpit Park has another playground and miniature golf, a great idea for a kids birthday party venue. Whilst further down the road, Aquabliss and Sportsbliss is a great venue offering indoor sports, boot camps for Mum’s, swimming for kids and soft play.

For DIY lovers, Bunnings with it’s sausage sizzle seduces you on the weekend. And although I haven’t trialled either, a drive along Sefton Road shows signage for both Crossfit and Pole Dancing, if you want more than walking.

With all of the above, all we need is a few wine bars, and a cafe like The Tuckshop or Butcher’s Block! 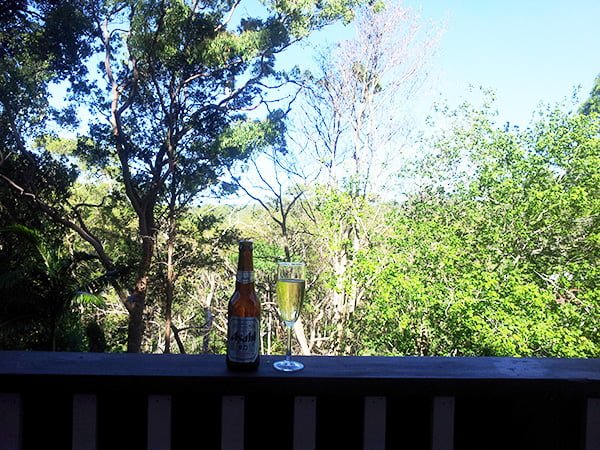 Drinks on the balcony 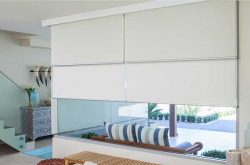 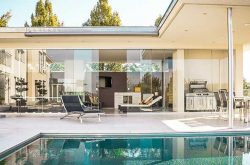 Styling a home for sale. Is it worth it? 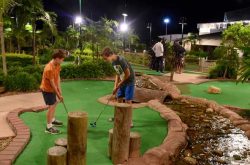