Greenwich is a suburb of just over 5000 people on Sydney’s Lower North Shore, just seven kilometres from the city – or about a 15-minute drive or 10-minute train trip. Considered part of the Lane Cove municipality, it is situated at the end of the Lane Cove River and is surrounded by the suburbs of Lane Cove, St Leonards, Wollstonecraft and Artarmon.

Greenwich is on a beautiful peninsula and has a delightful mix of property to offer. The growing number of unique amenities at residents’ fingertips has meant a variety of demographics are moving to the suburb. Available properties are scarce in this coveted area, which means great demand and high prices when owners do decide to sell.

In the first quarter of 2015 there were 19 sales in total with 12 being apartments and seven being houses. The younger demographic is moving into the suburb at the entry level prices for apartments and houses, while the upper end of the market is dominated by growing families mainly coming from the local Lane Cove area or out-of-area suburbs such as Waverton, Wollstonecraft, Neutral Bay and the Inner West suburbs.

Median sale prices for 2015 in the unit market so far have been right on $600,000. In the housing market for Greenwich the median sale price is currently at just over $2200,000. Keep in mind that several prices haven’t been disclosed and so this could potentially be quite a bit higher. The great news for homeowners is that the high end ($3000,000 to $5000,000) is really turning over at the moment and there are a large number of buyers out there with this kind of capacity.

Greenwich has an active community and features a sailing club, flying squadron, sports club and tennis club. There are even the “Greenwich Games” held on each Olympic year. One of Greenwich’s main attractions is the Greenwich Baths. Featuring fantastic views of Sydney Harbour from Greenwich Point, it provides a great location for family parties and picnics, swimming lessons and kids’ water activities, as well as organised events for the public. 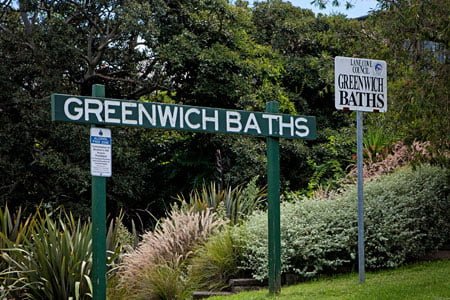 Accessible via train, bus and ferry, the suburb is a five-minute walk from St Leonards train station and particularly utilises the Pacific Highway and Greenwich Rd for access to buses. The next closest train station is at Wollstonecraft. The ferry is available via Greenwich Point Ferry Wharf, providing over-water transport to and from the city.

Greenwich Public School has two campuses: the infants campus on Greenwich Rd and the primary campus on Longueville Rd. Greenwich is also within a five-minute drive from St Michael’s School and Currambena Primary School & Preschool in Lane Cove.

Greenwich shops are tidily tucked away just a few kilometres down Greenwich Rd (off the Pacific Highway), opposite the infants campus of Greenwich Public School. The shops include an IGA supermarket, post office, chemist and quaint cafes.

A bit of history

Greenwich derives from its namesake Greenwich in London which is also by water in the form of the River Thames. The first European land exploration was by headed Henry Lidgbird Ball (commander of HMS Supply) who discovered the point from the water in 1788. Settlement in the area was quite slow due to the rocky landscape. However, land grants were offered in 1794, and the first went to a convict by the name of Samuel Lightfoot. The Cameraygal Clan of the Guringai people were the first inhabitants, living in the area until about the 1860s when disease and displacement had driven all of them out.

Greenwich’s first shop was a butcher shop opened in 1883 by Richard Gross. The area also featured a number of successful dairies from the 1880s before proper zoning was introduced in the 1940s, discouraging dairies in suburbs.

Some words from residents

Kim says: “It’s close to the city, but it feels like it’s a world away. Because it’s on a peninsula there is not really any through traffic and it has a country-town feel, in that everyone knows each other and you’re always running into people you know. It’s also full of young families, the houses are good value, Greenwich Baths are great for small kiddies, there’s a really strong sense of community, the IGA, chemist and fish and chips shop are great. There is also the Greenwich Olympics every four years, coinciding with the real Olympics.”

Louanne says: “Greenwich Baths are fantastic! There’s a great coffee shop there, and it’s a safe place for the kids to go swimming!”

All photographs in this article are courtesy of Alexis Bartlett.

If you live in Greenwich, we’d love to hear your thoughts on the suburb and about any highlights. Reveal all in the comments section below. 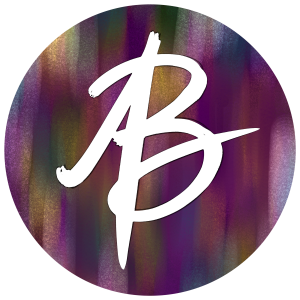 Alexis is Mum to one hilarious baby boy and lives in Greenwich with him and her husband. She loves both photography and writing and has a background in doing both professionally. She also enjoys good coffee, food and a good book. She is currently a full time Mum and is absolutely loving it!
All Posts »
PrevPreviousGreat tips to build your family's immunity for winter
NextNSM Review: HomeHQ Library, ArtarmonNext 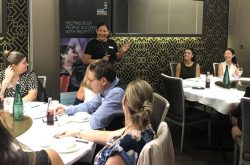 Investing in property: Tick tock on the property clock! 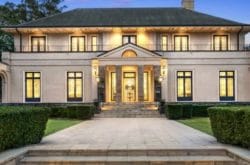 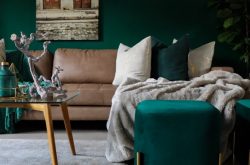