Amanda Robinson has shared the story of her heartbreaking loss of a baby boy, Hunter Jack, stillborn at just 29 weeks of pregnancy in an effort to raise awareness for the importance of Red Nose Day – which is today, Friday 30 June.

Amanda Robinson’s beautiful son, little Hunter Jack, was born sleeping on June 22, 2012. Last week, it was the five year anniversary of little Hunter’s passing. Amanda has shared her story in the hope that it will help Australians understand the impact stillbirth has on a family, and how critical fundraising on Red Nose Day is to conduct vital research into stillbirth and other areas of sudden and unexpected death in infancy.

The 21st of June 2012 is a day that I will never forget. I was 29 weeks and one day pregnant, and I had a midwife appointment. She couldn’t find a heartbeat.

I was sent to the hospital for a scan and just couldn’t look at the screen as I knew that it would show no heartbeat. A few minutes later, I heard the dreaded few words ‘I’m sorry to say, but….’ I never knew what the rest of that sentence was. That same day they induced labour.

At 10:30am on the 22nd of June 2012 my beautiful and precious Hunter Jack entered into this world ever so silently and peacefully sleeping. He weighed in at 620grams and had a head of dark hair.

A week later we had a funeral for our sweet little boy and laid him to rest with about 100 friends and family.

Not a day goes by that I don’t ever think of my precious little man – I visit him all the time including every Christmas and his every birthday, and take him balloons, presents and cake.

Red Nose offered, and continue to offer, incredible support for our grieving process – We couldn’t have got through this experience without them. It’s so encouraging to hear about their focus on stillbirth research for 2017. If these findings can prevent even one family having to go through what we went through, I believe this research is of remarkable value.

Alarmingly, stillbirths account for 71% of all sudden and unexpected babies’ deaths in Australia, and so stillbirth research has become a core focus of Red Nose’s research agenda for 2017. 100% of proceeds of funds raised on Red Nose Day go towards the organisation’s vital research programs, as well as safe sleeping education and bereavement support. Support Red Nose Day here.

North Shore Mums is your go-to for advice, support and inspiration for parenting, mumlife, and kids’ events on Sydney’s North Shore.
All Posts »
PrevPreviousThe REAL cost of education and how to afford it
NextNorth Shore parks and playgrounds near a cafe. Two minutes to coffee!Next 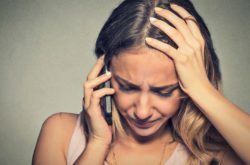 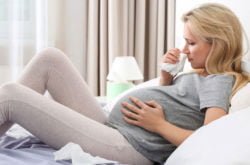 Pregnant? How to protect yourself & your baby from Coronavirus

Empty Esky and Spend with Them: Helping Bushfire Recovery