In November, North Shore Mums have united to Walk for Women & Children, in support of women fleeing domestic violence on the North Shore and Northern Beaches. This fundraising event is to raise much-needed funds for the Manly Warringah Women’s Resource Centre. This is the real life story of a North Shore Mum who escaped an abusive husband, with her four kids, a few months ago. Names and locations have been altered to ensure anonymity.

Gaby is a North Shore Mum with 2 year old twins, a 4 and 6 year old. She lived in a beautiful home with manicured gardens on the North Shore, and drove a Porsche Cayenne. Gaby had the life many women would dream of.

Yet behind the picket fence of her “perfect life” was a nightmare brewing. Her husband Dean is a banker. Big bucks, lots of booze and a trading floor full of ego.

When the twins were only 4 months old, Dean began to have an affair with a girl from work. Gaby found out after seeing some text messages come through on his phone whilst he was in the shower. Things hadn’t been easy anyway, with Dean working long hours and Gaby solo parenting for 14 hours a day.

When Gaby would appeal to Dean to come home earlier he accused her of being needy, demanding, unthoughtful and disrespectful. When Gaby wanted to snuggle up with him on the couch, he told her to give him space, allow him some time alone and to back off.

When Gaby wanted to arrange weekend lunches with friends from Mothers group for the family, Dean would tell her he needed to work.

She had all the signs of a man who was living another life yet she persevered for two years, from when the babies were only 4 months old, hoping things would change.

It just got worse…

Dean’s conduct and behaviour escalated. He would raise his voice at Gaby when she would ask him to help with the kids. He would get frustrated when the babies cried, and insist they lay alone in their cots to cry themselves to sleep. They were only 3 months old. He would tell her she was making them needy just like her. He would undermine her parenting and when the 4 year old wet the bed, he would tell the child it was Mummy’s fault for making her nervous.

Gaby would serve a meal every.night as she had done for 14 years prior. However, Dean began to push it away, make snide comments that her food tasted “like shit”, and tell her he would prefer to grab take away at work.

He would often return home late, around 9 or 10pm and Gaby learned to never question him. She was lonely, unsupported and depressed.

One night, as he arrived home and she was up and sitting on the lounge holding the 4 year old, Gaby broke down in front of him. She told him that Lily had been unsettled all day with a fever. Dean stormed over, Grabbed Lily from her Mother, and carried her to her bedroom and threw her into bed. He left Lily screaming and frightened. Dean told his daughter to “shut the F*@! up”. He stormed back to the lounge room, grabbed Gaby by the shirt, lifted her up off the lounge and slapped her across the face. He yelled at Gaby “You are fucking useless”.

Gaby fell to the floor sobbing. Dean kicked her in the ribs while she was down and said “get up you piece of Sh*@, what sort of Mother lies on the floor crying. Go and tend to your child”.

Gaby reached out for help…

To cut a long story short, Gaby reached out to the Manly Warringah Women’s Resource Centre. Their case workers identified the violence had been escalating over a two year period. They knew they needed to get Gaby and the kids out of the house and somewhere safe, as it was likely the abuse would become more frequent and more dangerous. They arranged for a room in the Manly Warringah Women’s Resource Centre refuge.

Gaby arrived with ONE BAG. Four children, herself and ONE BAG. The case workers told her that we would sort out the clothes later. She just needed to be safe. She had to park her Porsche Cayenne in the next suburb so as Dean wouldn’t locate her and the case workers picked her up and brought her back to the refuge.

Move on three months and it was found that Dean had been leading a life of parties, drugs and women. An incident occurred where he was blood tested and cocaine and other drugs were found in his system. Their cases workers were given access to this information through working closely with the Police. Dean also located the Porsche and had it towed to the home so Gaby had no transport. A court case ensued and Gaby was ordered to have the car as an interim order.

Gaby and the kids stayed with us for 3 months until moving into transitional housing. She now has the twins in daycare 3 days a week, receives heavily subsidised rent along with the parenting payment and attends meetings with our case workers weekly. She has also attended their Circle of Security program and the EXPECT RESPECT program. She has attended counselling sessions with the children which has built their relationship. Gaby’s sense of self and self esteem has improved tremendously in the time she has been with us. Gaby and the kids appear happy and united.

Had it not have been for services such Manly Warringah Women’s Resource Centre, Gaby would have no alternative than to remain in the house of abuse and the outcome may have been very different.

Spare a thought for the 37 women and 32 children currently living in one of the local women’s shelters at the moment, and donate to the Walk for Women & Children event. All funds raised are going to the Manly Warringah Women’s Resource Centre.

Where your donation goes

The Manly Warringah Women’s Resource Centre is a not for profit organisation supporting women and children escaping domestic violence and abuse. They provide crisis accommodation and support services (like counselling, legal advice clinics, advocacy family support) on the North Shore and Northern Beaches of Sydney for ‘at risk’ women and children.

They have a group home refuge on the North Shore, plus six units and a new ‘pop up’ Safe House on the Northern Beaches in response to COVID-19 and the direct increase in mental health issues and intimate partner violence. They also have transitioning houses for women who are ready to slowly take the steps to move on. Find out more about the Safe Houses here.

The MWWRC saw a 291% increase in demand for their services in July, coinciding with the easing of restrictions where women became more confident to leave abusive relationships and seek support. More information about the support services offered can be found here.

If you’re experiencing domestic violence or abuse, or know someone who is, please don’t hesitate to get in touch. Their case workers will step in and make the suitable arrangements to ensure their safety and support. 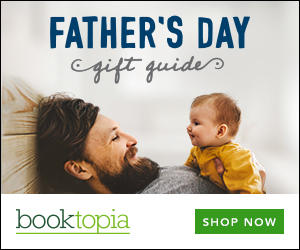