The start of the New Year is a great time to look back at how the property market has performed over the past year and what can be expected this year.

As Buyers Agents who represent clients of all price brackets, we have a great cross-sectional view of the real estate market throughout Sydney and are very sensitive to any changes in the level of demand and supply. Ours is not a desktop or computerised analysis but one based on physical observation of the market.

It will come as no surprise to hear that 2014 was a robust year for the property market. The market picked up in January 2014 where it left off in December 2013. There was hardly any pause and buyers were bullish. Throughout most of the year, time on market was low, as was the rate of vendor discounting. We were well and truly in a seller’s market. The demand from buyers seemed insatiable.

Towards the end of 2014 however, the brakes came on and there was a noticeable shift in the marketplace. Particularly in November and December, many properties were getting passed in at Auctions or only seeing a couple bidders. This was a far cry from earlier in the year when even the worst properties were clearing Auctions and fetching silly prices due to the level of competition.

Towards the end of last year, numbers at Open Inspections were also significantly down. Properties that would have seen 50-60 groups through at an Open Inspection were seeing about 10-15 groups. That is still enough to generate a healthy level of competition to drive prices up but not necessarily to achieve record prices. We achieved some particularly terrific buying outcomes for our clients at the end of last year, including an entry level full brick house on large, level land which we secured for at least $150,000 – $200,000 below real market value, just before Christmas.

Towards the end of 2014, buyers were becoming more discerning and properties that have a couple of significant issues or flaws were no longer selling quickly or getting as high prices. Many agents complained that vendors have become greedy or unrealistic, therefore making it harder for them to meet the market.

Here are a few key market statistics for 2014.

In short, we can expect less of the same as 2013-2014. Barring an external macroeconomic shock, the Sydney property market can be expected to continue to grow; but at a more sensible pace.

There is certainly no shortage of people looking to buy a property, particularly first time home buyers or those upgrading from a Unit to a house for the first time. Many have felt the heat of the past year too hot to handle and have been patiently waiting in the wings for the market to cool a little before buying. Numbers at Open Inspections this year have been strong. There are no lines at the door, but a constant stream of people going in and out for the entire duration of Opens.

The real estate market is very much dictated by confidence and momentum. The frenzied buying of mid 2013 to mid 2014 is a reflection of this, as many people fall victim to overpaying, paying ‘fed-up’ prices and getting carried away at Auctions for fear of being left behind by the fast moving market.

January and February will be very interesting months. The first couple of months of the year often give a strong indication as to what the rest of the year has in store for the Sydney property market. Stock level will be a key factor and new listings should be coming online in the coming couple of weeks. Many agents indicated that they have far less stock in January/February than they did at the same time last year. The top agents we have spoken to are telling us the supply is coming in trickles as opposed to a big rush.

Our office has received a record level of new enquiries (from owner occupiers as well as investors) in the first two weeks of January this year and we already have a strong pipeline of clients ready to buy when the property market unofficially reopens after Australia Day. This is a good indication that the buyers are out there – it is just a matter of having the right type of housing available.

With the Australian dollar being quite weak, we have also received many enquiries from Australian expats who want to buy their family home for when they eventually come back to Sydney in the near future. Also, Sydney property appears much cheaper to South-East Asian buyers.

The general market consensus now is that the next move in interest rate is likely to be down rather than up. This will have a positive effect on demand and prices.

What remains uncertain is what steps will be taken (if any) to curb investors, and if first home buyers will then fill the vacuum if investors stop buying. Given pent-up demand from young buyers, this is a likely scenario.

In 2015, the market is likely to see a growth of around 6-8% (give or take a little). However, keep in mind that the Sydney property market is not homogeneous and never has been. Due to the level of demand, entry level (sub $1m) to mid-priced homes (up to $2m) are likely to see a bigger surge in price than premium properties. Due to affordability constraints, buyers will continue to be pushed further to outer suburbs where it is less expensive and this will be reflected in price growth.

Many suburbs in the North Shore are established suburbs and traditionally have been very stable regardless of whether the market is in an upswing or downturn. This can partly be attributed to ‘old money’ and the percentage of home owners who do not have a mortgage.

The North Shore is also well known for the quality of its schools, both public and private. As a result, the area overall will continue to see healthy demand, even if other pockets of Sydney may run out of steam towards the later part of the year. 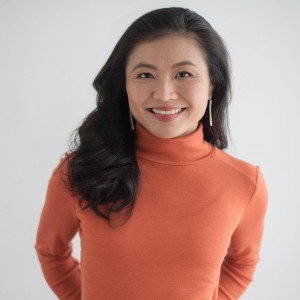