There’s nothing better than being able to splash about and cool down on a hot Summer’s day. Putney Park has a little bit of everything with a fabulous water play area, huge slide (for the brave!), toddler play area, giant climbing frame and is right on the water. It makes for the perfect sunny day out.

If you’re heading to Putney Park, then don’t forget to pack the swimmers! Kids will love splashing in the big water play area. I took my three kids, Cassie (6), Vivi (4) and Elliot (2) for a drive to check it out. Here’s what we found…

Getting to Putney Park

There’s nothing I love more than a park that has ample parking right outside. Putney Park ticks this box. Located on Pellisier Road, you can pull straight into the carpark, then walk down to the water play area. The walk is completely accessible, which means nice and pram friendly.

Here’s what you will find in the area: 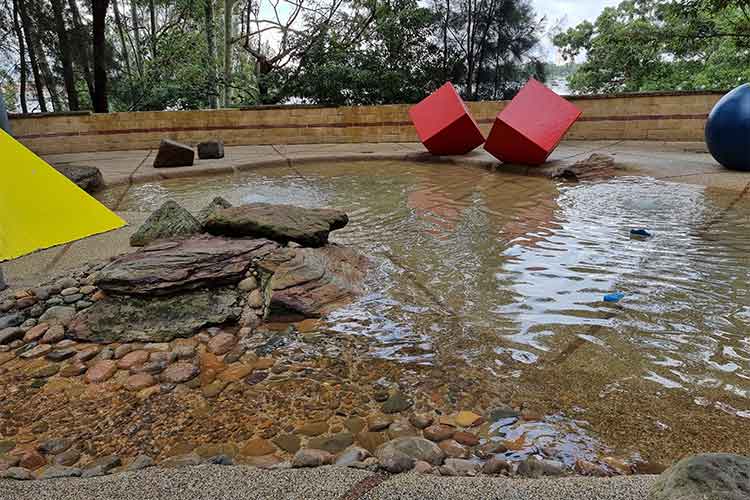 It’s no secret that the drawcard of this park is the great water play space right in the middle.  There are two shallow pools for kids to splash around in, which are connected by a rock river. 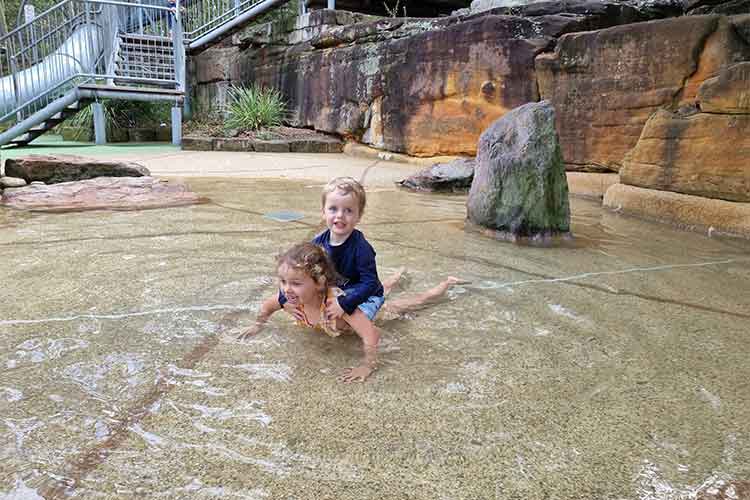 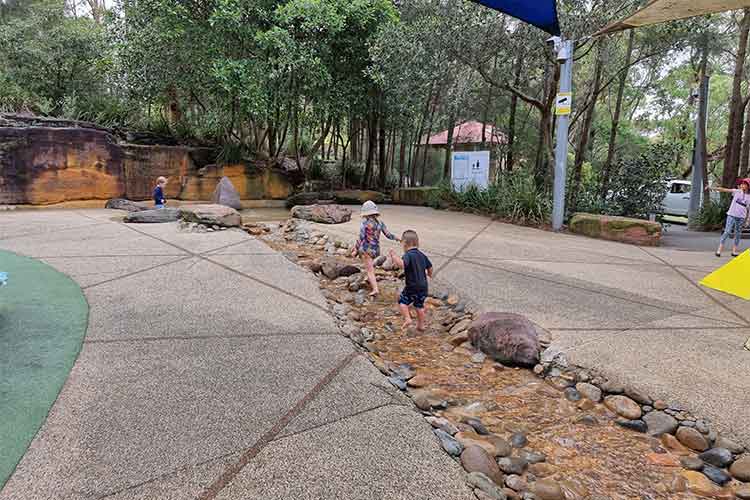 We have enough trouble convincing Elliot to join us in the pool at home, but he was right in his element in this water play space. It’s nice and shallow, which meant he felt confident running in and out of the water and enjoyed all the freedom that came with that. The perfect spot for him. 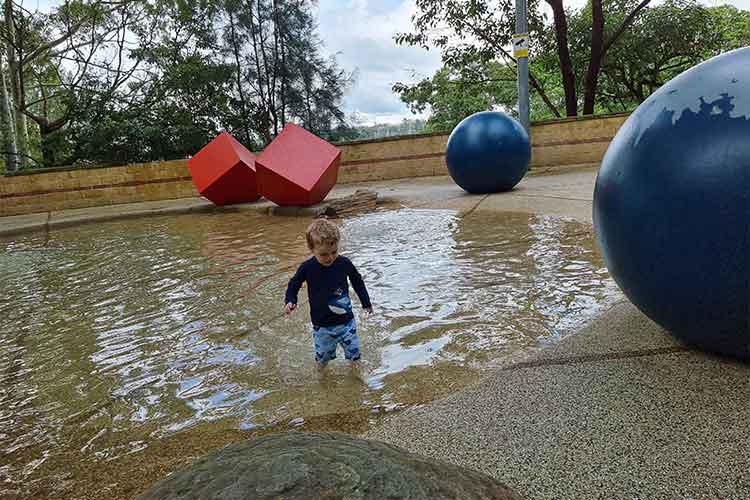 The big girls loved it too. They have lots of sculptures throughout, including rocks, coloured squares, pyramids and balls, which both Cassie and Vivi found were great for climbing to get an even better view of everything going on. 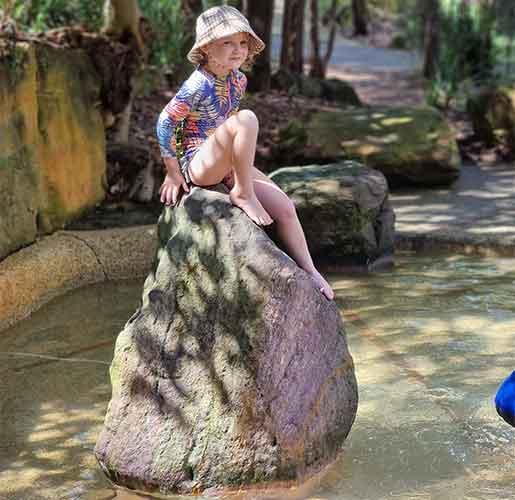 Vivi on top of the rock 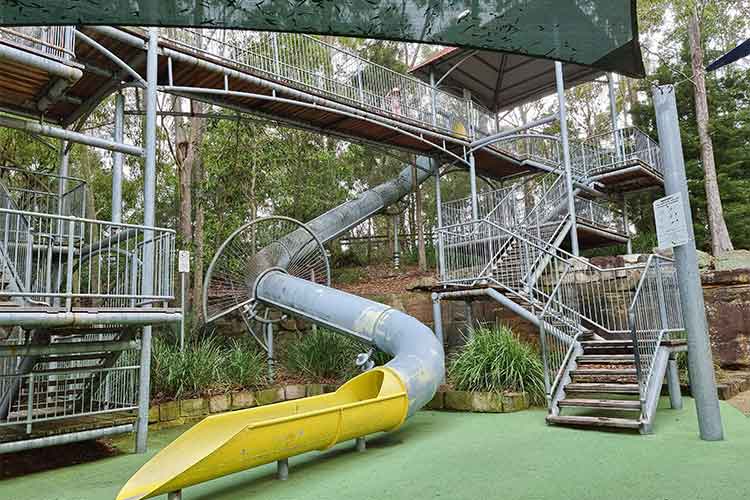 You can’t go to Putney Park without noticing the huge slide right next to the water play area.

All three kids ventured up there a few times during our visit, but no one was daring enough to go down. In fact, there’s a sign outside the tube slide that says young children need to be accompanied by an adult. And I wasn’t daring enough to take anyone down with me! It’s a big slide. Instead, my kids had fun running up and down the platform and making their way up and down the stairs. No slide for them. 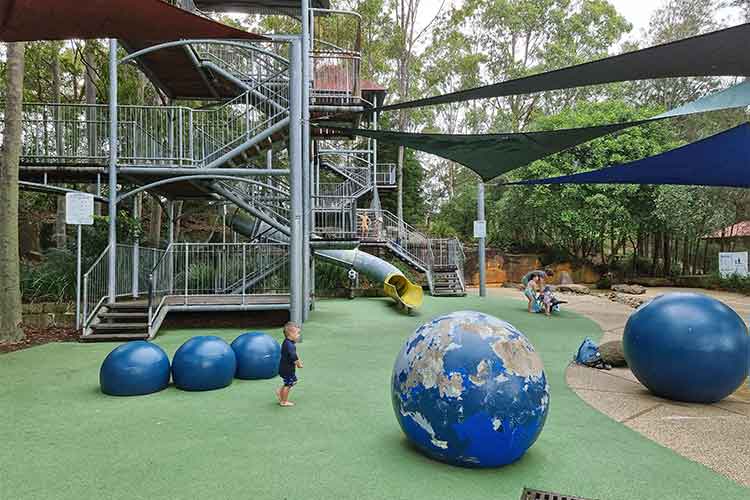 Stairs leading to the slide

It’s probably not the best slide to go down wet, so you might be best checking it about before it’s time for a swim. 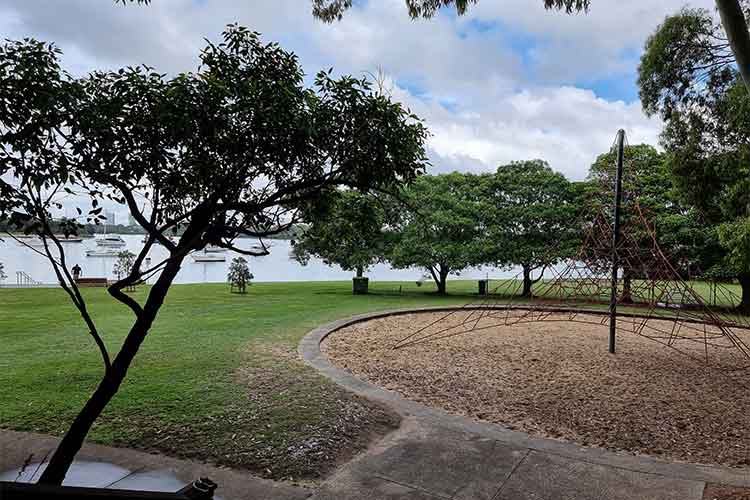 Playground on the waterfront

If you head down the stairs to the waterfront, you’ll be met with a climbing structure and toddler playground. 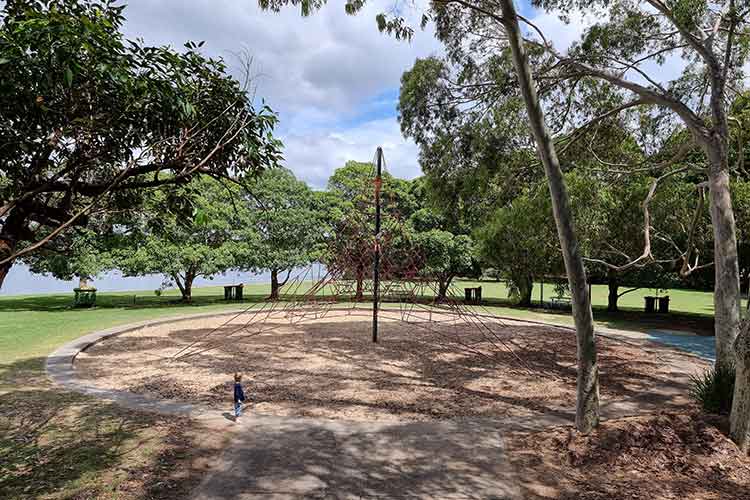 Cassie and Vivi made it to the top!

Cassie loves these climbing nets, so eagerly got started, with Vivi not far behind. They made it to the top, which is pretty high and impressive!

Elliot wasn’t quite old enough to join them, but was happy to watch and play in the sand at the bottom. 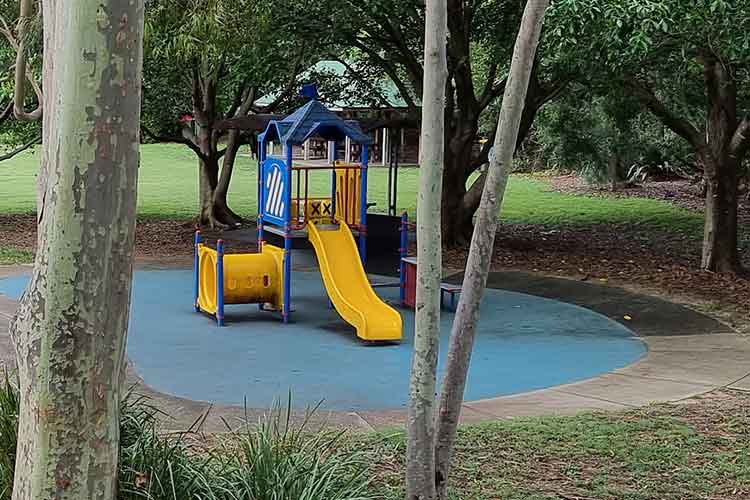 This playground is perfect for little kids – even the big girls had a blast.

There’s a much smaller slide, which all the kids were (unsurprisingly) much more confident heading down, with a little tunnel off to the side. They all had fun taking it in turns to hide in there and just relax.

There’s even a little shop front, which lent itself to some fun pretend play with their friends as well.

Flick Frankish lives on the Upper North Shore with her three kids - Cassandra (5), Vivienne (3), and Elliot (2) and husband. After studying journalism and digital media, she naturally fell into the online world - and hasn't left since! She is the Editor at North Shore Mums.
All Posts »
PrevPreviousThe differences between a Preschool and Long Daycare Centre
NextBest waterslides to splash your way through in SydneyNext