Have you ever wondered what others are getting up to behind closed doors? Whilst some of us are happy to open up about our sex lives with our close friends, others prefer to keep the juicy details to themselves. But wouldn’t it be interesting to know how your sex life compares to other mums in the neighbourhood?

Well, now you can! Last month, we conducted our first ever Sex Survey, to find out how our sex lives have changed since having children. And the response was huge! We had over 800 people complete the survey, anonymously answering our probing questions.

And behold, the results…

First up, let’s paint a picture of who the ‘typical’ North Shore Mum is. We’ll share some statistics below, but generally speaking… she’s in her 30s or 40s, she’s heterosexual, married and been with her partner for at least 10 years. She’s got at least one child, but more likely 2 kids, aged somewhere between a baby and 10 years old, and lives in (or near) the North Shore.

But to delve a little deeper into the stats:

Are North Shore Mums having more or less sex since having kids?

It probably comes as no surprise, but the statistics confirm that we’re having less sex since having kids. In fact, 79% of us are having less, 16% are having the same, and an impressive 5% are having more (who are you, and how do you find the energy?).

The top reasons for having less sex include:

A few mums shared a bit more insight into their sex lives, saying:

When it comes to foreplay, it’s either very brief or close to non-existent. For 7% it just doesn’t happen, for 20% have it for 1 minute or less and for 35% it’s 5 minutes or less.

Just 6% engage in foreplay for 15 minutes or more.

If you enjoy looking at statistics, the table below summarises the frequency of various sexual activity… but a few highlights:

And the best position for achieving an orgasm?

Being sprung by children

26% of North Shore Mums have been sprung by one of their children whilst having sex. When asked about how the situation, the stories that were shared include:

Adventurous places for having sex

You’ll never look at the parks, beaches, cemeteries and golf clubs the same way after reading this list. You ready? North Shore Mums have confessed to having sex in the following locations:

For the last question, we invited North Shore Mums to share their sexual confessions… here are just a few!

This is just one half of the survey! We also asked lots of other questions around contraception, conception, fertility and more… and will share these results soon!

North Shore Mums is your go-to for advice, support and inspiration for parenting, mumlife, and kids’ events on Sydney’s North Shore.
All Posts »
PrevPreviousWhat’s up for Grabs: Property splits in separations
Next7 Family Friendly Pubs to get a Sunday Roast this weekend!Next 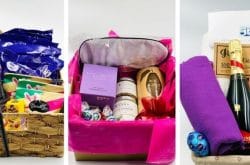 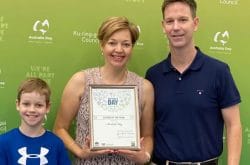 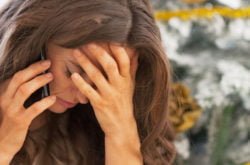