I had no idea what to expect when I took my kids to Babies Proms at the Opera House. As someone who has studied music for a good deal of my life, Proms has always had a particular meaning to me: grand stages filled with incredible musicians, heart swelling anthems that make the audience want to jump out of their seats and dance, and overall a compelling feeling of being part of the music. As we journeyed into the Opera House, (a reason in itself for an outing), I had no idea how my own version of proms would translate to a kids’ show. 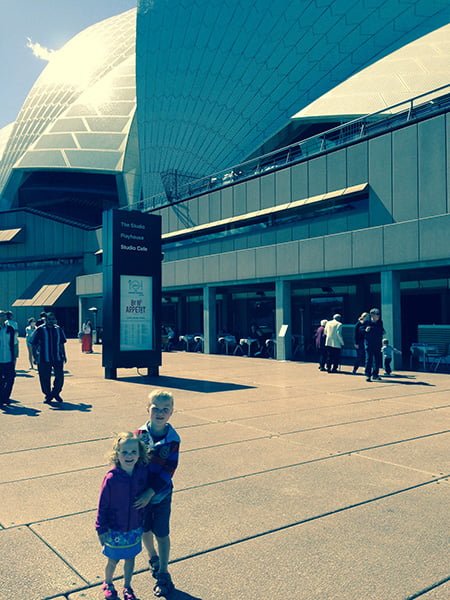 Outside the Opera House before the show

As it turns out, Babies Proms (which is part of the ‘Kids at the House’ program at the Sydney Opera House) is entirely about allowing kids to feel ‘part of the music’. Performed in a similar style to a pantomime, the show engaged the young audience from the start. The children were ushered onto a large mat in front of a stage set with exotic looking musical instruments and a Taj Mahal shaped screen. (This mat would later become a dance floor rivalling Oxford Street’s finest). The show began with some simple dance instructions so the kids could join in some of the numbers, a few interesting cultural references and an introduction to the unusual instrumentation the musicians would be using. Our favourite was the zaphoon, though my 5 year old’s eyes widened considerably at the grandeur of the sitar.

The swift moving program left no time for the children’s attention to stray, and soon their little heads were wobbling Bollywood style from their seats. Like a grown up at rock concert, many of them couldn’t contain their excitement and jumped to their feet to dance. The music was absorbing, the costumes eye-catching, and the dancers were energetic and skilfully adept at capturing and retaining the kids’ attention. The show is easily interactive enough to entertain the children thoroughly for the better part of an hour (a miracle in our family).

Kids can get up and dance along!

A quick tip – we caught a midday show then had a relaxing lunch in the lounge outside the Playhouse with the $7 kids’ box, which included two sandwiches, a poppa, cheese stick, muesli bar and lollipop, offering substantial value for money.

And bring a scarf. The kids love using them in the dancing parts of the show, though should you forget the friendly staff are on hand to distribute spares. 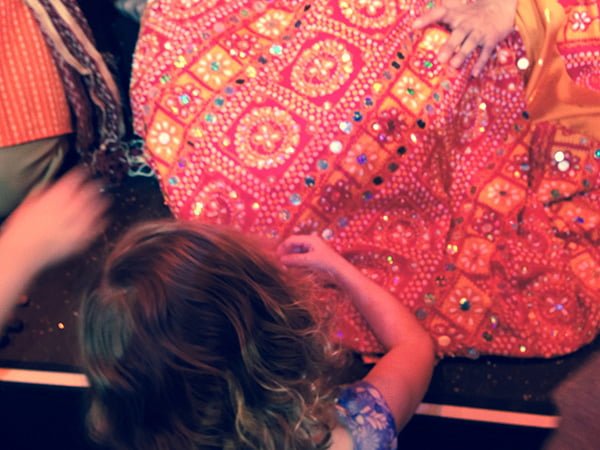 Kids can get up close to the action during the show

Babies Proms, Bollywood Baby, is a great way to fuel a love of music and dance in little souls, spur an appreciation of live music and performance through exposure to a new genre, or just a lovely way to spend a morning in a beautiful setting while the kids are entertained.

My 3.5 year old dancing princess was captivated by the strikingly colourful costumes and my 5 year old avid explorer of new terrain loved the final number, in which he danced with abandon – in fact he’s convinced he has a career in Bollywood. While my own more adult experience with proms is a few years off for my children, they were still able to be treated to some incredible musicians, heart swelling tunes that made them jump up and dance and a feeling of being part of the music.

Babies Proms: Bollywood Baby is playing at the Sydney Opera House until Sunday 21 September. The show is 35 minutes in duration. Tickets range from $16-30 (babies 11 months are under are free). Click here for more information or to book. 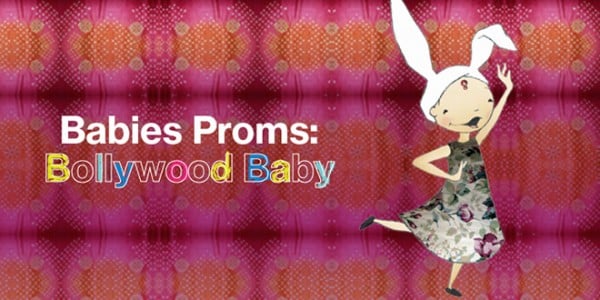 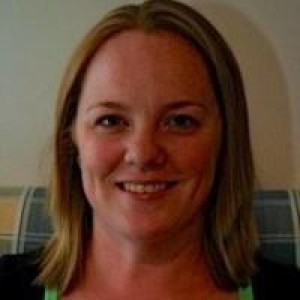 Kate has been a business owner, accountant, and a personal trainer and is currently a writer and mum to two cheeky pre schoolers. She writes a blog about parenting and lifestyle issues. Kate and her husband live in Turramurra with a 5 year old superhero, a 3 year old fairy princess and a very well loved dog.
All Posts »
PrevPreviousNSM Review: Boyhood at Roseville Cinemas
NextMaternity Style TipsNext 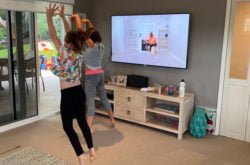