The North Sydney Pool Redevelopment has not earned the support of some sections of the community, writes former Mayor of North Sydney Genia McCaffery.

When the North Sydney Pool redevelopment application was publicly exhibited 115 submissions were lodged. The vast majority of these were objections to the Pool application, raising various issues including: 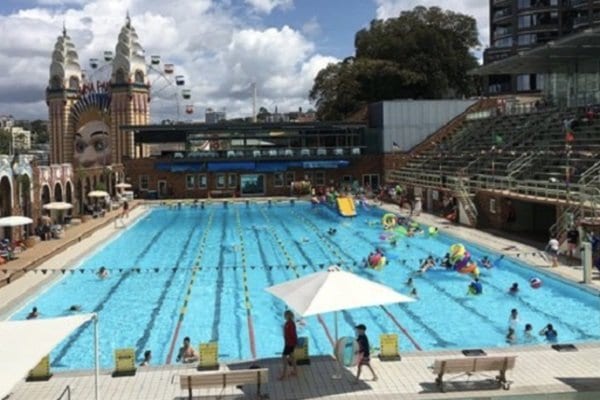 North Sydney Olympic Pool is an Art Deco jewel in Sydney Harbour, along with Luna Park

So why are so many of us so upset?

North Sydney Olympic Pool is an Art Deco jewel in Sydney harbour which forms, along with Luna Park and the Sydney Harbour Bridge, a precinct of outstanding heritage significance which is without parallel anywhere else in Australia.

The key Art Deco elements of our beautiful Pool will either be obscured by brutal unsympathetic modern additions or demolished for new restaurants, gyms and commercial uses.

Shockingly, the development allows Ripples Cafe to break into the Pool concourse itself, obscuring the public views from the Luna Park drive into the Pool through the beautiful Art Deco arches. This reduces precious physical space in the historic Pool itself. It amazes us all that such a brutal modern incursion into the Pool curtilage could be approved.

To give the new spin room and gym a far harbour view, the existing grandstand will be halved in size and no longer able to host carnivals for local schools like North Sydney Dem School, Neutral Bay Primary, Monte or Marist North Shore.

The application doubles commercial/cafe/restaurant space, and shoehorns 1100m2 of spin room and gym into a constrained site, at the expense of the historic award-winning Olympic Pool.

In 2000 when our Council redeveloped the Pool, we held an architectural competition and selected leading Australian architect, Ken Maher, to design the proposal which won an RAIA Award for public buildings. This award winning building, which cost North Sydney ratepayers $13million, will be demolished in this current proposal after just 20 years.

Disappointingly, even more money Council has spent recently is to be wasted. The clean energy generator installed just nine years ago is also to be demolished. And despite overwhelming opposition from all swimmers the Council continues to persist in stopping the use of Harbour water and will use a mix of salt and town water. Claims that this will be cheaper ignore the likely increasing future costs of town water and the environmental costs of using precious town water when the Harbour water is available for use.

The fundamental problem with this application is there is too much new work for the historic Olympic Pool to absorb and still retain its heritage significance.

From the very beginning a vast majority of residents kept telling the Council that all we wanted was the historic 50m Pool and Grandstand rebuilt and a new Pool upstairs utilising the adjacent park which is rarely used. From the 2000 redevelopment we already have a restaurant and cafe which provides support income for the Pool’s operations. We do not need another cafe, a huge shop, an enormous spin room and gym.

To contemplate such a project during a pandemic, where ratepayers will be stuck with up to a $30 million debt, is completely reckless. It will leave a terrible legacy in terms of where we vandalising the heritage of our precious North Sydney Pool and the cost the next generation will have to bear for decades to come. 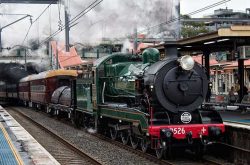