A trip to the movies is always a fun activity to do during term break, which means everyone is wondering what’s in cinemas these school holidays! With restrictions easing in NSW, the cinemas are open again, and they’re doing lots to ensure a Covid-safe experience for all guests. Our Movie Guide for the Spring School Holidays features everything you need to choose the best movie for your family… including ratings, duration and the trailer!

Cinemas have had to make some important changes to ensure the healthy and safety of their guests. These include:

If you’re going to the movies, protect others by:

Get more details about what Hoyts and Event Cinemas are doing to keep you Covid-safe.

Now…. what movie to choose? Take a look at the Quicklinks below to see what movies are showing in your local cinema these school holidays:

Poppy and Branch discover that there are six different troll tribes scattered over six different lands. Each tribe is also devoted to six different kinds of music — funk, country, techno, classical, pop and rock. When rockers Queen Barb and King Thrash set out to destroy the other music, Poppy and Branch embark on a daring mission to unite the trolls and save the diverse melodies from becoming extinct.

Cats and dogs join forces in the secret spy world, a partnership known as The Great Truce, in this family-furrendly comedy adventure. However, when a dastardly supervillain parrot discovers a way to manipulate sounds that only felines and canines can hear, it threatens to end the peace. It is up to special agents Gwen the Cat and Roger the Dog to save the day.

When Mary Lennox’s parents suddenly die, she is sent to live with her uncle, Archibald Craven, on his remote country estate deep in the Yorkshire moors. While exploring, she discovers a hidden magical garden.

Four Kids and It

Michael Caine voices a magical creature who ends up on a Cornwall beach and has the power to grant a family wishes in this fantasy kids flick. Co-stars Russell Brand.

Middle-aged pop superstar Grace Davis (Ross) wants to record a new album, but her manager (Ice Cube) thinks that taking a Vegas residency is the right move at this stage of her career. Enter Grace’s overworked – and often overlooked – assistant, Maggie (Johnson). Aspiring to become a music producer, Maggie tries to hatch a plan that will see Grace succeed while also fulfilling her own dreams.

The One and Only Ivan

A gorilla named Ivan tries to piece together his past with the help of an elephant named Stella as they hatch a plan to escape from captivity.

The Education Of Fredrick Fitzell

Dylan O’Brien (The Maze Runner) travels metaphorically – and literally – into his past after a strange encounter with a man from his youth in this time travel thriller. While there, Fred discovers the truth about what happened to a missing girl, a drug called Mercury, and a horrific creature that has now followed him into adulthood.

North Shore Mums is your go-to for advice, support and inspiration for parenting, mumlife, and kids’ events on Sydney’s North Shore.
All Posts »
PrevPreviousMust visit farms & petting zoos around the North Shore
Next10 Outdoor Spaces on the North Shore to explore with kidsNext 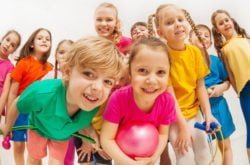 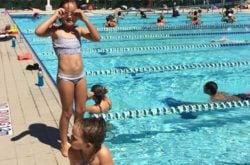