In the second instalment of our two-part series, Premier Mike Baird answers tough questions from North Shore Mums about everything from public transport and plans for NorthConnex as well as addressing the serious issues of affordable housing and domestic violence.

‘‪There is a severe lack of parking at train stations for commuters. Commuters want to catch the train to work but to find a carpark, they need to park a long way away and walk a long way. This process can add an extra 25 minutes in the morning. Increasing multi-storey car parking at every train station will decrease congestion on roads, pollution and increase revenue as people are paying money to catch the train. Therefore more money into the train network will help improve public transport services. Please improve the car parking at every station. You will also improve traffic congestion and air quality in Sydney as a result.’ -Soph Denne

Sydney is a big city and over the next 10 years it is going to get even bigger, growing by another million people. We have

to prepare for this now and improving the transport links around the city is one of the best ways we can improve the quality of life. We know you don’t want to spend more time traveling than absolutely necessary – you want to spend that extra 10 minutes reading a fourth bedtime story to your children (or having a second glass of wine). We definitely agree that commuter car parking should be a priority – and we have made it one. We are investing $890 million in the Transport Access Program over the next four years in order to improve access to transport across the state. That program is all about upgrading our train stations and interchanges, including delivering new commuter car parking.

Since we started the program three years ago more than 450 projects have been completed or are underway including 80 new commuter car park projects – almost 5,000 parking spaces across the network, with another 7,500 on the way. We have completed car parks in Gordon and Killara, and have more in planning or delivery in Lindfield and Hornsby, the North West as part of the new Metro line, and on the Northern Beaches as part of the new B-Line bus service.

Additional parking at stations across the network is being considered as part of the assessment process for the next Transport Access Program projects.

‘Currently there is NO filtration planned for the stacks at either end of the NorthCON tunnel – 9km of concentrated pollution will be discharge completely untreated, across the road from houses, and only a few hundred metres from the nearest schools. Given that so many doctors are concerned about the health effects this will have on the community- and given that some of these doctors have spoken directly to Mike Baird’s chief of staff about the issue – why isn’t Mike (or his chief of staff) worried about the effects it will have?’ –Elizabeth Johnson

When it comes to the health of residents and school children we will take no risks and rely on the independent science. NorthConnex will operate in line with world’s best standards. In fact, the conditions of approval for NorthConnex include new and extensive safeguards on the operation of the tunnel and air quality not seen on any project in the state’s history – including the Lane Cove Tunnel.

It’s also important to remember that tunnels such as NorthConnex do not create new emissions. They take existing emissions from traffic, dilute them with fresh air, and disperse them higher in the atmosphere through a ventilation outlet, rather than by the roadside where they are currently dispersed.

NorthConnex carried out a comprehensive health risk assessment. This assessment included consideration of young children, the elderly, and individuals with pre-existing health conditions. It showed that the risk to health as a result of the ventilation outlet is very small and undetectable above the normal annual variability.  This assessment was carried out based on worst case scenario when the tunnel was operating at capacity and was the first of its kind for a road project in NSW.

‘NSW government changed funding models for homeless crisis housing, saving $9.8mil. However this has been at significant detriment to outcome of those needing emergency shelter, particularly for family and domestic violence. People are being housed with men, or others with mental illness etc. Tailored crisis accommodation has disappeared and access to domestic violence shelters is increasingly difficult with many families or single women turned away. Will the NSW government review the emergency shelter funding and consider outcomes and need for specific types of crisis accommodation and linking with a more holistic support model for people seeking these services?’ –Amanda Mckenzie

I know you don’t want to hear about the politics of who spent what and when but the truth is that in our first term we increased the funding by 14% and this year we are spending 45% more compared to the year before we came to office – we have not cut funding and this is a priority area for us.

However, it is not about throwing money at a problem. We needed to increase the funding because there was a demand for services, which is why we announced the reforms so we could break the cycle of disadvantage and create a sector that has a better balance of prevention, intervention, crisis and support for those who are homeless or at risk of homelessness.

In addition there are 12 privately owned women’s refuges operated by not-for-profit organisations.

In these reforms not everything stayed the same and I understand that there are some refuges who didn’t stay with the same provider – but our bottom line is always the people who need these services and we are always about getting the best results for them.

‘Please outline what Pru Goward has achieved or put in place (policy-wise) since being appointed the Minister for the Prevention of Domestic Violence? She was appointed as an election promise and yet we have seen incidences of domestic violence increase and more homeless women than ever. Your predecessor was able to rush through the “one punch” legislation with astounding speed, can I ask why changes can’t be made for the benefit of women too?’ –Katie Gompertz‪

Pru is the country’s first Minister for the Prevention of Domestic Violence and Sexual Assault and I chose her for this role because I have never met anyone who is so tenacious and empathetic. I know that if we need something done, Pru is the right person for the job.

When I recently put together my top 12 priorities it was very tough whittling down the key concerns to focus on.

But this is not something Government can do alone and I have to pay tribute to the work of people like Rosie Batty who by bravely telling her story and in her role as Australian of the Year, has become a powerful voice for victims of DV, and has helped shift national attention on this issue.

She has challenged our views on who victims are and to move on from asking the question “why doesn’t she leave?” to “why is he violent?”

This new approach can be seen with our recently announced $60m DV package; for many decades we have focused on supporting victims and our new approach builds on that by better protecting victims by predicting and preventing violent behaviour and targeting offenders to change their attitudes and behaviour.

‘With up to half of all marriages ending in divorce it is women and children who suffer. What is the Premier doing to actively support affordable housing so that children have stability and support  from schools and grandparents at a time of crisis? Please support the proposals and policy of Warringah Council Affordable Housing Committee.’ ‪–Jacqui North

It is every person’s right to have a safe place to retreat they can call home. We have worked hard to turn the number of housing approvals around and NSW now leads the country in new housing supply with 64,000 homes approved in the 12 months to September – the highest in almost 42 years.

Increasing supply is one of the most important economic levers because housing availability puts downward pressure on prices, and generates construction jobs and injects money back into the local economy.

But Sydney is still one of the toughest places in the world for housing affordability and we are now focussed on making sure that the dream of being a home-owner is something that is available to more people including creating housing estates that have sustainable mixed communities of private, social and affordable housing.

Imagine you have a family where unemployment has become generational; we can focus on breaking that cycle, but in addition we can place that family in amongst other kinds of families so that those children can see their neighbour heading off to work and grow up with a range of different kinds of role models.

Are you happy with the transport and other services on the North Shore? What are your concerns?

North Shore Mums is your go-to for advice, support and inspiration for parenting, mumlife, and kids’ events on Sydney’s North Shore.
All Posts »
PrevPreviousThe new real estate rules you NEED to know for 2016
NextAustralians all let us rejoice! Best ways to celebrate Australia Day in 2016Next 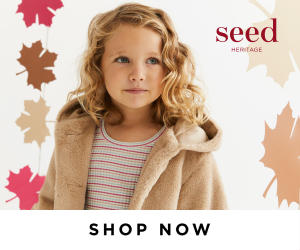