Taronga Zoo Sydney today announced the birth of three critically endangered Sumatran Tiger cubs. The birth of these adorable cubs is hailed as an incredible success for the increasingly rare species, of which as few as 350 remain in the Sumatran jungle.

First-time mother Kartika gave birth to the cubs, two females and one male on Thursday 17 January. The first of the cubs was born at Taronga Zoo Sydney’s Tiger Trek before guest hours, when Kartika took the cub into the dens and gave birth to her two other cubs. The cubs’ father is Clarence, who was carefully introduced to Kartika in October 2018 to determine compatibility as a match.

The cubs began suckling their mother’s milk within 60 minutes, and are developing well at this stage, opening their eyes for the first time on Tuesday 29 January.

The cubs are yet to be named, given that Kartika is still very protective.

The cubs are increasingly rare in the wild, with as few as 350 Sumatran Tigers remaining after devastating jungle clearing for unsustainable palm oil plantations and the illegal wildlife trade. To help prevent the extinction of this species, the regional breeding program has seen 21 births since October 1980 at Taronga Zoo Sydney, to ensure genetic diversity for regional insurance populations in zoos across Australasia.

Carnivore Keepers at Taronga Zoo Sydney report that Kartika is doing well for a first-time mother. Although it’s early days in their development, keepers are monitoring their progress closely. However at this stage, Kartika and her cubs are growing well and suckling for milk, with the cubs opening their eyes for the first time on Tuesday 29 January.

Keepers expect that over the next 4-6 weeks, the cubs will find their feet, groom and play more with each other, and clamber out the nest, when Kartika will have a hard time keeping them under control.

Taronga Conservation Society Australia Director and CEO Cameron Kerr said that this was an amazing achievement for wildlife conservation.

“This is a remarkable success in wildlife conservation worldwide, and I congratulate Taronga Zoo Sydney’s Carnivore Keeper Team for all their hard work,” said Mr Kerr.

“Tigers represent all that is powerful about nature, so it’s shocking that an iconic, apex predator is at incredible risk of extinction. These cubs represent 1 per cent of remaining wild populations,” Mr Kerr said.

The cubs will be with new mum Kartika in their den until March or so, but Taronga will keep everyone updated as they grow and start exploring. Meanwhile, guests can come and see up to date CCTV footage of the cubs with their mum at our must-see Tiger Trek.

North Shore Mums is your go-to for advice, support and inspiration for parenting, mumlife, and kids’ events on Sydney’s North Shore.
All Posts »
PrevPreviousInside the luxurious new birthing suites at North Shore Private Hospital
NextSecrets to an easier pregnancy: A doula tells!Next 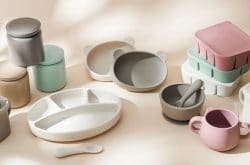 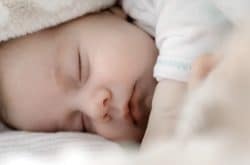 Helping a baby sleep through the night: 8 expert tips 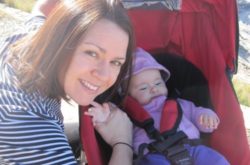 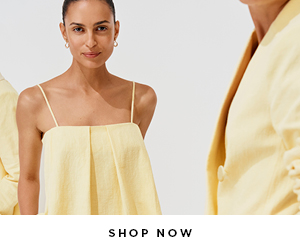