Infertility and IVF: The dad's side…

When my wife and I embarked on our quest to become parents, little did I know it would be a journey of approximately five years, tens of thousands of dollars, the near death of my wife and a couple of needles to my left testicle!, writes North Shore dad Greg Fletcher.

Infertility is not an uncommon issue with about one in six couples impacted. However, that doesn’t make it any easier to accept when you are that ‘one couple’ and what seems like all of your friends, family and work colleagues are in the five out of six couples who can knock out a baby with hardly a worry in the world. And they keep asking you when you are going to start a family.

IVF treatment itself has been available for more than three decades and, if you believe the statistics, then there’s roughly a one in three chance of taking home a baby per embryo transfer, depending on the woman’s age, health, etc etc. Reason enough to feel positive about your prospects.

We sought treatment through one of Australia’s well-known clinics after being unable to conceive naturally. A few upfront tests and we were soon in and through our first ‘fresh’ cycle. This was pretty easy for me as the provider of a humble sperm sample, but pretty tough for my wife who had to endure the drug regimen, needles, hormone roller coaster, egg collection and embryo transfer processes. That cycle failed, as did the following three cycles of frozen embryo transfer.

As you can imagine we were quite upset with those results. The clinic could give no good reason for the lack of success, other than to say it was ‘unexplained’, and were quite prepared to send us through a similar process on at least another two occasions as the stats suggested we should have a good chance of successfully falling pregnant after three fresh cycles.

Instead, we decided to take a break from IVF and tried again to conceive naturally, in conjunction with finding an answer in a number of other alternatives (naturopathy, vitamins, energetic healing, etc). All of this was to no avail, so we returned to IVF about a year later. Luckily, my wife had done a significant amount of research beforehand. We were better prepared the second time around and weren’t just willing to go through the same process again without pushing for further testing. As a result, we at last had an answer and the cause of our infertility was placed firmly at my feet.

This made me very frustrated and angry as my wife was made to endure one fresh and three frozen cycles of IVF that were never going to succeed; along with a fear of how the future may unfold if we couldn’t have children.

Continuing to challenge and ultimately change the preferred approach of the clinic resulted in my wife falling pregnant straightaway using our second ‘fresh’ cycle. The only change in the process involved my sperm being extracted under local anaesthetic via a rather large needle to my left testicle. This was the best way to find a good one, rather than using one too highly fragmented via normal means! The interesting thing was I seemed to get more sympathy for something that didn’t hurt that much from those in the clinic than my wife received for the pain a woman goes through during IVF.

Fortunately for us, our daughter was born happy and healthy nine months later, some 3.5 years after the conception journey commenced. Our son was born 20 months after our daughter following the exact same IVF treatment. Unfortunately, all was not plain sailing during this second pregnancy with my wife suffering from severe ovarian hyperstimulation syndrome soon after embryo transfer. She then developed a blood clot which travelled to her lungs and almost killed her. The impacts were not only physical, with the need to inject herself daily with blood thinners during and post pregnancy, but mental whereby only those who have had a near death experience can ever appreciate.

We are fortunate that we now have two lovely children (aged three-and-a-half and five), who are growing into lovely little people. We can only hope that my wife doesn’t have any long-term consequences from the IVF treatment and resulting side effects she was unlucky enough to endure. She cannot go through pregnancy again. Given it was my issue that put us into IVF it is difficult not to feel guilty about this and nervous about what the future may hold. We are also left with another dilemma which has no easy answer … what to do with the one remaining embryo curled up in the freezer!

I’m not looking for any sympathy for the experience we, and particularly my wife, have endured. Many have gone through something similar, if not as extreme, and plenty more will be faced with infertility in the future. However, what I would suggest, depending on the situation you are in, is this. If you think people you know are having difficulty conceiving, be considerate. Don’t ask them when they are having a baby as they probably have enough on their plate, and if they want to talk about it they will.

Also, if you are in good health, physically and mentally, but not having success at conceiving naturally, then seek help from the medical experts early.

And finally, if you are struggling to conceive really make sure you do your research and push the specialists to do all of the possible diagnostic tests they can to determine the cause of your infertility. The cost of a full suite of tests is a lot less than the dollars needed, and the physical and mental pain required, to go through more IVF cycles. As part of this, make sure you get a copy of all of your test results. Dr Google may cop a lot of flak, but our research on sperm fragmentation and testicular biopsy were key factors in our ultimate success.

Four in 10 infertility issues can be attributed to males. I took a trusting and accepting approach to our treatment, placing additional stress and pressure on my wife who challenged the status quo. I would encourage other men in a similar situation to carry a lot more of this burden even if they aren’t the cause of the infertility. I will be forever grateful to my wife for being the driving force in us now having two beautiful children and all that she has gone through as a result of my infertility.

If you have been in through similar situation, we’d love to hear your thoughts in the comments section below.

All Posts »
PrevPreviousMouthguards: How they can help protect your sporty kids
NextNSM guide: When to immunise your children, plus the diseases vaccines preventNext 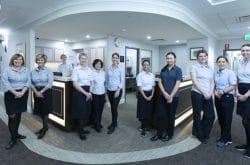 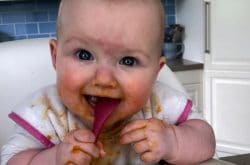 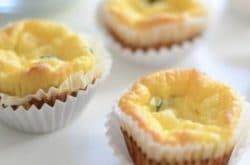