How you can help kids who dread a new school year

For some children, term time means struggling through classes without any of the essentials needed for learning. A lack of the basic tools – like a pen – can have far-reaching consequences for students. Teacher Nat Panzarino explains what she is doing to help – and how you can get involved at their working bee this Saturday (see details below).

Where it all began 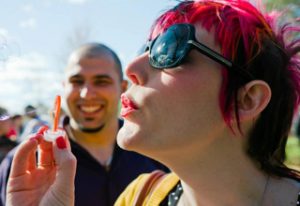 In January 2016, Nat and another school friend, Lauren, established Got a Pen?. This brilliant initiative aims to provide stationary to Sydney school students who lack the basics needed to actively participate in class. Nat, being the ever-kind, practical and generous person she is, had been personally buying and distributing stationary to kids at her school for some time. When Lauren mentioned that she’d like to be involved in a charity, the perfect opportunity to launch a fantastic program to help less fortunate kids arose.

You have probably seen the Facebook posts on North Shore Mums outlining the stationary needed, and Nat has been overwhelmed with the level of support from the NSM community and the number of donations to date. In fact, she has managed to put together and distribute more than 1200 kits to kids in Sydney.

Imagine the benefits of 1200 kids now able to fully engage in learning – and the associated benefits to the wider school and family communities of these kids. How inspired to learn would they be, knowing that total strangers care about them, and want to encourage them to learn and fulfil their potential.

What it’s all about 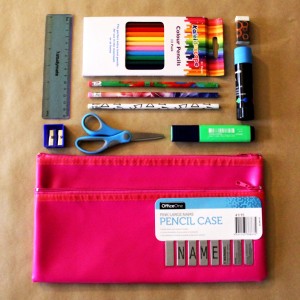 Starting school for the year is an exciting – and sometimes nerve-wracking – time for most kids.

Putting on a fresh uniform and shiny shoes, picking up that brand new backpack filled with fun and interesting things, and heading out the door for a full day of learning and play.

But what if you were the kid whose uniform is stained and ill-fitting or not quite right, your backpack is far from brand- new, and there isn’t anything new and exciting inside.

In fact, there’s nothing inside.

No lunch, no new pencil case filled with the latest and coolest stationery, no stack of empty exercise books waiting to be filled with new knowledge…not even a pen.

The stark reality is that many more families than we would like to believe are living hand-to-mouth in Sydney, and often times there are other priorities that come first; food on the table, electricity bills, clothing, medical expenses, and the list goes on. While most parents work hard to provide for their kids, some go without necessities.

One in 7 children in NSW are living in poverty, according to a recent study by the NSW Council of Social Services – higher than any other mainland state. Not being able to afford school supplies is just one of many problems these children may face, and it’s one with far-reaching consequences. If a child doesn’t have basic supplies, and reliable access to a pen or pencil, their learning is compromised both in the classroom and at home.

Since launching in January 2016, “Got A Pen?” has distributed over 1200 packs to disadvantaged Sydney students, and there is much more work to be done. There are potentially tens of thousands of students who need basic stationery supplies. “Got A Pen?” is now collecting donations of new (not used) blue, black or red pens, pencils, pencil cases, rulers, scissors, pencil sharpeners, erasers, highlighters, glue sticks, coloured pencils, as well as scientific calculators and geometry sets.

We all like to think that all of the students in our kid’s class have access to the basics- but that isn’t always the case. Wouldn’t you like to live in a community where all kids are able to access the educational opportunities available to them? Socioeconomic disadvantage has a significant negative impact on a child’s educational outcomes. While it doesn’t solve the issue of systemic inequality, basic stationery to call their very own goes at least some of the way towards closing the gap for these students, and in a nation as prosperous as ours it should be a given.

What the community think

I’ve been a supporter of Got A Pen? since it began, but this is the first year that we’ve been a collection point. As well as supporting an excellent organisation, I was hoping to expose my kids to the wonderful generosity of our community and show them the importance of compassion. Mission accomplished, but I also got an unexpected extra. My mum lives in an area that needed a collection point so she offered to support Got A Pen? too. It’s been really cool because we end up calling each other every day to say “wow, you’ll never believe what has been donated today” or similar, so mum and I got an extra bonding moment out of it! – Bianka Ford, North Shore Mums.

The Got a Pen Working Bee

Join the Major Working Bee on Saturday 27 January to help sort through donations and pack kits for distribution to schools. Stop by for a couple of hours of sorting, drop in a donation, or just swing by to say g’day! This is their major working bee to get kits ready for back to school

Want to donate to this important local charity?

Donations can be made by

Rachel Chappell is the Founder & Publisher of North Shore Mums, your go-to for advice, support and inspiration for parenting, mumlife, and kids’ events on Sydney’s North Shore. She's a mum of three daughters.
All Posts »
PrevPreviousGet your FREE ‘First Day of School’ A4 printables right here!
NextShine bright like a diamond! Choosing the right rockNext 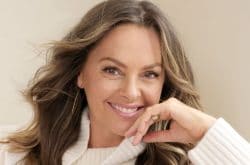