How Chinese Medicine can help children recover from immunisations

The question of whether or not to have a child immunised is very difficult to answer. There are risks associated with immunisation and there are risks whether a child contracts a disease.

In this article, I do not intend to embark upon a discussion of the pros and cons of immunisation, I trust you, my dear parents, to do what you believe is best for your precious ones. During my studies of Traditional Chinese Medicine and my six years of parenthood, I have been exposed to many arguments and debates about immunisation, read and listened to many theories and researches. I have also shifted myself from one side to another, tossed around in bed before my girls were immunised, sobbed and pained in the GP’s room after the shot, worried when the fever went out the roof and their sore leg was red and hot. It took me some time to find the right way for my girls, and I would like to share the theory behind that:

What happens to the body after vaccination?

Western medicine point of view: If your child is unwell, GP’s recommend that you wait to get them immunised when they are in good health. Even a slight nasal congestion, cough or fever can be aggravated following  immunisation. It’s important to follow this recommendation. After the vaccination, the immune system generates a primary response, where the B lymphocytes, the cells that are responsible for protecting against diseases, detect the vaccine antigen, and react as if a real infectious organism has invaded the body. They than will produce the antigen to fight against the disease you are being vaccinated for, destroy the vaccine agent and remember them, for when the real virus will attack. If there is already a weakened immune system, (such as a cough or runny nose) this pre-existing situation might get worse, the body might not do his job in generating the primary response well enough, and the recovery will take longer.

Chinese medicine point of view: When contracting an actual childhood illness, the body encounters the virus or bacteria at the skin surface and is able to mount an immune response. In immunisations, the virus, whether it is a live, attenuated or inactivated vaccine, enters the blood stream by bypassing the body’s initial defence response on the skin level – known as ‘wei Qi’ in TCM (Traditional Chinese Medicine). Meaning – the immunisation can transmit a pathogen directly into deeper levels within the body, such as muscles, organs and the blood stream. All diseases in blood levels are considered in TCM much more serious than diseases in ‘Wei’ level –  like common colds.

The use of paracetamol and aspirin directly after immunisations is recommended by most GPs, and is commonly applied by parents in an attempt to allay the resulting fever. However, it can inhibit the immune response, causing the pathogen to be trapped in the body, creating what is called in TCM (Traditional Chinese Medicine) – a Lingering Pathogenic Factor (LPF). LPFs are pathogenic influences that remain in the body after an acute stage and stimulate a persistent immune response that produces characteristic signs and symptoms. The longer the pathogen stays in our body, the deeper and persistent they become. For example – an ear infection from the past may still be making its presence felt with recurrent symptoms. These LPFs can stay dormant in the body, causing a persistent state such as ‘never been well since…’. Resulting in that any viral attack will enable this dormant pathogen to gain easy access and make us sick again.

If your child hasn’t been in good health since their last immunisation and appears to have symptoms such as irregular sleeping patterns, changes in feeding time and poor appetite, eczema eruption, over clingy etc, they might be diagnosed with LPF according to Chinese medicine. This can also happen after the use of antibiotics and steroids.

How can Chinese Medicine help?

I see my profession as a complementary medicine and not as an alternative medicine. I truly believe that combining the great forces of today’s knowledge in western medicine and the great powerful ancient Chinese medicine is the best way to live a long, healthy, happy life. Having said that, there is always a danger in any medical intervention. Therefore I recommend giving your child acupuncture/Chinese herbal medicine treatments before and after the vaccination, in order to ensure the child is as strong and healthy as possible, and can recover quickly from the vaccination side effects.

When a child comes in for treatment before immunisation, my goals are as follows:

I also suggest that the child come for a few treatments after immunisation to clear up any side effects (some of the side effects may show up only 2-4 weeks after the immunisation), eliminate residual toxins left from the vaccine, and prevent from LPF to reside in the body. This will be achieved by strengthening the spleen and boosting the overall Qi of the body, so child regains the energy needed to dispel LPFs, a Qi weakening factor left by the immunisation. 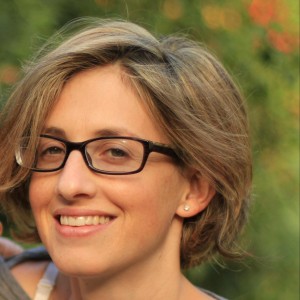 Meirav is a mother of two girls aged 3 and 6, and lives in East Killara. She has a bachelor degree In Traditional Chinese Medicine - Acupuncture and Herbal medicine. Meirav has a special interest in women’s health and children from infancy to adolescence.
All Posts »
PrevPreviousHow to make your own Christmas crackers!
NextWhat to do when your child won't eat vegetablesNext