In my last article ‘Not Selfie. Selfless‘, I mentioned I would like to take you on a journey showcasing Australian women doing selfless and inspirational things in their everyday lives. Also how they have achieve success through navigating their work, community and personal lives.

I would like to introduce Ann Sherry AO.  An extraordinary women.

Ann Sherry grew up in country Queensland in a household of women. A strong and educated mother – which is why Ann always thought everything was possible. She started working in the health sector because her mother thought she should marry a Doctor. Decided it was boring, so went back to went University and did Economics and Politics.

She worked in Government (both State and Federal), then banking for 12 years. She then moved into a role at Carnival Cruises and has been running it for the last seven.

‘I’ve moved countries, I’ve moved cities, I’ve upped my family and moved them with me. My life has been rich and fruitful.’

These are excerpts taken from a webinar interview with RAWomen. 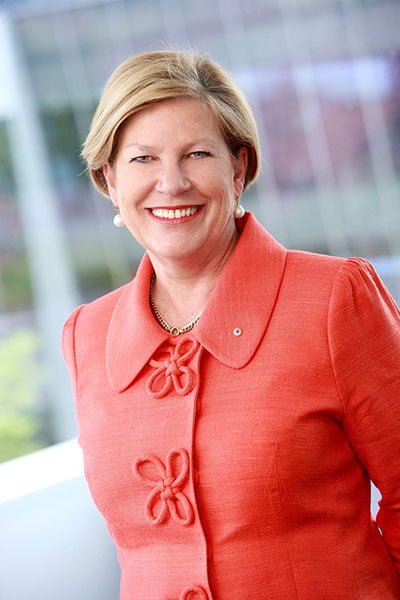 Now, with work practices that were once unheard of and unthinkable, you know, people to be on the one side of the world, doing work, people on the other side of the world running businesses with global markets from their kitchens. None of that was even possible a decade ago. So, I think the, the innovation that’s coming from that and the challenge to status quo is going to speed up and it requires all of us to think about the world in a different way, to look more broadly not to assume anything.

How do you create a workforce that’s comfortable with being uncomfortable?

It’s all part of the culture that you create in organization. I think the other thing is just to talk all the time about change in your business. Our business is always looking years out. What’s going to be happening? What will have changed? How do we make the change? How do we own some of the change? Can we drive it?

I’d like to believe very strongly that if you’ve got privilege to push, you to do it as a CEO of a business.  You need to not use that just for your own advantage. I’ve got a lot of things that I care about and I’m involved in, from having personal interest and involvement in philanthropy to being involved with a lot of indigenous not for profit’s, such as Australian Indigenous Education Foundation which is doing astonishing things with kids from very remote communities around Australia.

There are a quite a few groups in our society who don’t get an equal share of anything and I think we need to be spending time with businesses raising money to make sure that what was once thought impossible is now possible. It’s the personal engagement, small things that do make a big a difference and I think all of us have got capacity to do something. And doesn’t matter how small or big it is—it’s something.

Tell us what it’s like to be on the Board of Australian Rugby Union?

I was interested in it partly, because I look at sports, firstly because sports are so important in the Australian psyche and a lot of the sport is traditionally dominated by men. My view on it is a bit different to everyone else’s as well. I’m interested in women participation, because rugby is an Olympics sport for the first time in the next Olympics, we have this incredible opportunity to grow the participation, to engage a much broader audience and to change participation structure of the game. There’s so much opportunity to completely rethink the dynamics of the game.

How do we get more successful women to engage in philanthropy, particularly in support of women and girls?

At first everybody comes in his or her own way.  All of us need to find the thing that makes our heart sing.

I’ve got a friend for example, who’ve set up a fantastic group called Dress to Success who in our neighborhood—they basically collect clothes from corporate women, when you don’t fit into them anymore, you don’t like them or you’ve worn them too many times but they’re fantastic clubber, you give it to them. These clothes are then given to women who go to job interviews for the first time, or coming out of prison, or, women who just would never be able to afford a really good outfit and the recycling of the clothing opens up dressing opportunities.

How many of your philanthropic connections were serendipities versus well-thought out and planned?

My initial connection with Indigenous Not For Profit came as a result of a visit to Weeper, and that was 12 years ago. I came away from that moved by what I saw up there, but also with a really strong view that once you’ve seen something that needs fixing it sort of becomes personal, you can’t run away from it and just hope somebody else fixes it up after you. That led me to think about how you can engage in philanthropy, fund-raising and that led to changing outcomes.

Also, my son has a disability and we have been very focused on making sure he has the best opportunities, he can that are available to him. But I watched lots and lots of other kids in families that don’t have that ability and think that needs changing. That is very deliberate, but it’s based on our experience. So I think, lots of philanthropy is like that, and the same in terms of support for women. You know, that’s deliberate for me because I think women should support other women and we, each of us, even if it’s just one woman, find something that can change an outcome for her.

Where’s the best place to start in philanthropy?

Get involved in in something you care about- environment, disability, kids. Find something that you personally can really engage with that’s motivating and gives you something back. Everything I do, I feel like I get that stuff back a hundred times greater than I put in, because it’s personal. There are a million organisations out there that need skill. Then you can make a massive difference.

What do you feel is the most difficult point of life for you so far?

I think the difficult parts of my life are probably difficult parts in most women’s lives. When you’re trying to you know, look serious at work with babies’ spewing on your shoulder. When the school holidays come and your life falls apart.

Most would think that having a child with disability is the most difficult part of my life, as it turned out, it has probably been one of the most enriching experiences of my life.  The moment it happened I thought it was going to be the most difficult part of my life but then in a nano-seconds it turned. There are some of the lessons you learn from stuff that is thrown at you and either it drowns you or you learn from it. You just move on. And I’m a mover on.

For women aspiring to achieve similar things that you have, what are the top few things that they should know?

Know yourself and be true to yourself.  I think you can’t be successful if you don’t really understand and know yourself.

Take risks. I talk to a lot of women; I’m surprised how risk-averse women are as a group. And I think we’ve been taught to be risk-averse we’re constantly mapping after everyone else. So we’ve become the safety barriers for families and others and I think really, you talk to anyone who’s running a business, anyone who’s successful in corporate lives or whatever it is—you got to take risks. And they don’t have to be mad risks, they can be calculated.

Never forget your friends. Never underestimate the power of people who know and love you for what you are and not what you do. They are the best sounding board and always honest with me.

What should women never wear?

I think you should always be prepared to stand out in the crowd. Don’t wear stuff that makes you invisible. Don’t blend. I watch endlessly women in black suits, white shirt blending with the crowd. I’m always the one in orange, pink or red because I don’t like blending.

What does the part that Australia do to draw the female pipe on particularly in the middle of senior management in the organization?

First thing we do, is that we measure, so we know what’s going on. One of my favourite topics of conversation is how many businesses talk about people as their most important asset but they don’t have any measurement.

There’s a lot of sort of theoretical talk about flexible, flexibility and flexible hours and flexible work practices. I have a very strong view that if you got good people you hang on to them, if that requires you to create environment that they flourish in and that’s not exactly the same as what you do in regular… then you do it. Because ultimately good people are really worth fighting for and they’re pretty tight-labor market particularly good women are worth fighting for.

A role model to all women or anyone looking to achieve work/life balance.  Ann, you are indeed an inspiration.

RAWOMEN is and online forum for women to meet, listen to interact with highly successful women. Every month we meet prominent women guest speakers in who will discuss in a raw, candid way in which they’ve navigated their careers today, work, community and their personal lives.

RAWOMEN webinars brought to you by Fifth Quadrant and Women in Focus, Commonwealth Bank and Sydney Community Foundation. 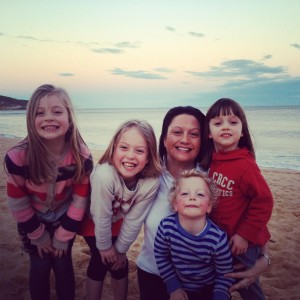 Kylie is a Mother of four (Bella age 9, Charlotte age 8, Ashley age 6 and Jackson age 4) and lives in Gordon. Kylie wears many hats including busy Mum, wife, Stockbroker, Parent Association President and Philanthropist. She also heads up not-for-profit organisation 'Kids in Philanthropy' as their National Chief Executive. Kylie believes in leading by example to effect positive change.
All Posts »
PrevPreviousA surprising and enjoyable birth for Bryony
NextFederal Budget 2014: Everything you need to knowNext