Exciting news! Manu Feildel and home-cook and co-author, Clarissa Feildel have come together in the kitchen to create a range of limited-edition family meals available on homecooked meal delivery platform FoodSt. Now, you can taste their delicious meals from the comfort of your home!

Manu and Clarissa Fieldel have joined the team of accredited home cooks at Food St, offering up a selection of hand-picked tasty dishes that you can now enjoy from the comfort of your home (with very little effort!). Their partnership with FoodSt – led by home cook and author Clarissa – reflects their passion for home-cooked food. These meals are a symbol of the importance they place in experiencing different cultures, and the joy of telling generational stories by sharing traditional recipes through their meals.

What’s on the menu? 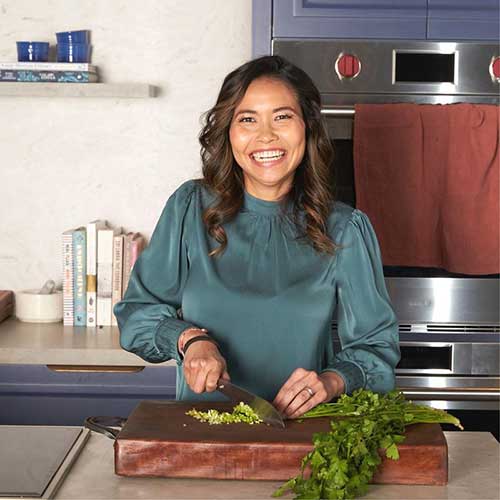 Clarissa Feildel was born and raised in Kuala Lumpur, Malaysia, where she grew up surrounded by a love for food. Clarissa moved to Australia in her 20s and missed her mother’s home cooking, so began to replicate the dishes from her childhood and is now an amazing self-taught cook. She co-authored the book More Please! (2016) with Manu, taking her delicious home food to a larger audience. The same delicious home food you can now sample with FoodSt. 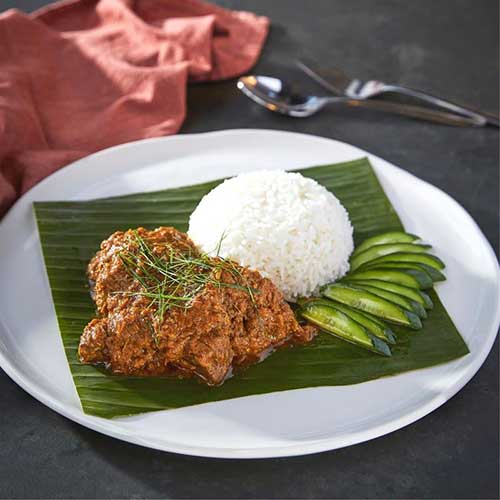 “I grew up having Rendang as a kid. It’s a special dish to us as we have it mostly during Malaysian new year as it takes very long to cook due to the processes involved. Each household has their special twist on this dish and our recipe is has been passed down from my mother – full of flavour and lots of sauce.”

Manu comes from a long line of great cooks – his great grandfather was a pastry chef, his grandfather and father were chefs, his cousin is a chef in the United States and his mother is a great cook. By the time he turned 15, Manu had started as an apprentice in his father’s restaurant. After a year, he progressed to a fine dining restaurant where he finished his apprenticeship. Today, he is best known as co-host of the popular reality cooking show, ‘My Kitchen Rules’. Manu has also published four books: Manu’s French Kitchen (2011), Manu’s French Bistro (2012), French for Everyone (2014) and More Please! (2016). 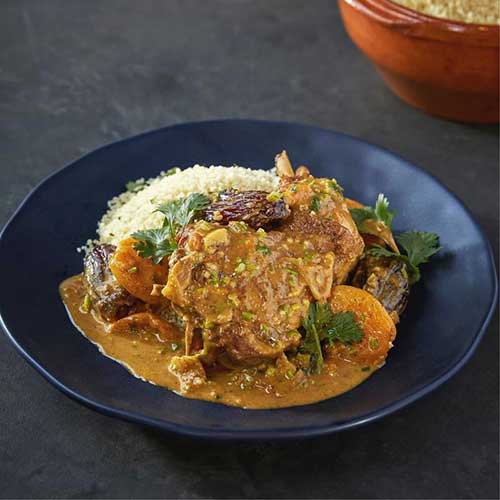 “Chicken is the meat of the world so I wanted to make it interesting and bring a taste of Morocco to Australia that people would recognise. This dish has become a family favourite of ours which we make on a fortnightly basis as its such an easy yet delicious dish to replicate.”

We chat with Manu Fiedel about cooking at home with his six-year-old daughter, Charlee (already a budding chef!), and his partnership with FoodSt.

Do you get your daughter involved in the cooking?

Yes, very much so! She innately loves cooking herself so it’s not hard to get her on the pan. However, she prefers cooking with her Papa as apparently, he’s the Chef!!!

Why did you want to partner with FoodSt?

The difference with FoodSt is the home-cooked dishes. These aren’t dishes by a restaurant but are created by talented cooks who may have lost jobs and doing it tough over the past few years. Everyone involved in FoodSt pulls from their culture and heritage to cook their meals and the result is delicious, traditional home-cooked food made with pride and love.

What FoodSt meals have you tried and loved by their regular cooks?

I have tried the lasagne, the chicken and fried noodle, butter chicken and the mulligatawny soup. All of which I love!

FoodSt’s At Home With Manu and Clarissa Feildel limited-edition meals are available now via FoodSt.

The frustration of a lack of time and healthy home-cooked meal options prompted Northern Beaches based ex-chef and home cook Lorraine Gnanadickam, alongside her husband, Sanjay Gnanadickam, to found FoodSt. They now offer a huge range of home-delivered meals that are cooked by accredited home cooks with a broad range of cuisines to choose from, including Italian, Indian, Australian, Mexican, French, Asian, African and more. All meals are delivered frozen, ready to be defrosted and reheated when you choose.

Want more ideas about how to make life easier?

This is a sponsored article.
All Posts »
PrevPreviousBest streets for ‘Trick or Treating’ on the North Shore
NextNorth Shore restaurants open for Christmas Day lunchNext 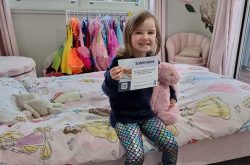