Could an Aussie fuel mean cleaner air in tunnels such as the NorthConnex?

Residents of Wahroonga and Pennant Hills shouldn’t only be worrying about the location and design of chimneystacks that will vent pollution from the NorthConnex tunnel, they should also be concerned about cutting the use of the fuel responsible for producing toxic tailpipe emissions in the first place – diesel.

According to the WHO, and other authorities, diesel engine exhaust is a carcinogen. It’s also a popular fuel for trucks in Australia, 5000 of which are projected to use the NorthConnex tunnel every day instead of West Pennant Hills Road. But there is a non-toxic, less-polluting and more cost-effective fuel alternative for these and all Australian trucks which we should be transitioning to – natural gas.

In studies of heavy-duty vehicles, the US Department of Energy (DOE) found that the use of natural gas, when compared to diesel, reduces life cycle particulate matter from 85 per cent to nearly 100 per cent (that is, undetectable levels), emissions of nitrogen oxides by 17 to 80 per cent and emissions of greenhouse gas by at least 16 to 23 per cent. In other words, using natural gas instead of diesel as a trucking fuel is good for our health and good for the environment. It’s also cheaper than diesel, providing a commercial case for transport companies to use natural gas instead. Add the fact that natural gas is an Australian fuel and you have a viable alternative to imported oil which will help to strengthen Australia’s fuel security and overall affordability.

It sounds like a no-brainer but convincing business and government to embrace the opportunity to support cleaner, cheaper Australian fuels requires more than the testimony of industry experts. The community needs to join the chorus for change, too; people like families on Sydney’s North Shore who desperately want to address the health dangers of diesel pollution on their doorstep. Only then will policy makers begin to be convinced of the need to break down tax and regulatory barriers stopping natural gas from being able to compete with entrenched diesel infrastructure and technology.

Australia should be following the lead of the USA and Europe by working to curb diesel’s popularity to improve air quality and reduce health risks. London, Paris and the state of California have, or are planning on, enacting policy to do this.

In 2008, the California EPA Air Resources Board introduced regulations for existing diesel trucks and buses aimed at reducing the amount of particulate matter they produce. The regulation requires trucks and buses to reduce their particulate matter emissions by fitting exhaust filters or replacing older diesel trucks. By 2023, nearly all trucks and buses in California will need to have 2010 model engines or the equivalent. Air Resources Board staff estimated that, “…approximately 3500 premature deaths statewide would be avoided from implementation of the regulation.”

The Mayor of Paris is so concerned about the health impact of diesel emissions she wants to ban all diesel cars from the city by 2020. Under the plan, the most polluting diesel trucks and buses will be banned from Paris by July this year. There’s speculation that London will follow suit and enforce a ban, too. The Mayor of London last year announced his support for a government scheme to give grants to drivers to ditch the most polluting diesel cars. A number of London boroughs have also introduced higher parking permit charges for diesel cars as a disincentive.

Here, in Australia, the issue of NorthConnex chimneystacks persist, but no-one appears to have considered addressing the long-term cause of the harmful emissions and how to move to safer fuels. Natural gas is Australia’s natural advantage and it should also be a natural ally for communities concerned about the effects of diesel truck pollution on the health of their children.

People can find out more about the benefits of Australian natural gas fuel and contact their MP to show their support for the fuel at www.cleanercheaperfuels.com.au. 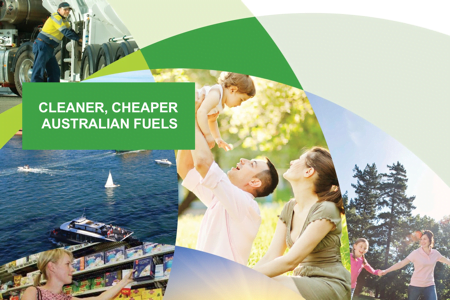 What do you think about championing the use of natural gas for our heavy vehicles? Let us know your thoughts in the comments section below.

More on the NorthConnex tunnel…

All Posts »
PrevPreviousWill you use this weekend's election to call for changes to the NorthConnex tunnel's filtration system?
NextNSM Review: Sydney Royal Easter Show 2015Next