Vivid Sydney is back for 2017 with amazing family-friendly events that will give the whole family a thrill! It kicks off this Friday (26 May) and there are over 100 family-friendly installations and events over the 23-night festival. Make sure you’ve got these picks on your list!

Best events for children under 12

Escape the city crowds this year, and enjoy Vivid Festival from the sparkling Sydney Harbour on board the North Shore Mums Vivid Family Cruise. If you want to take the children to see the Vivid lights of Sydney, there really isn’t a more magical (or stress-free) way of experiencing the dazzling lights than on board a cruise vessel. The NSM Vivid Family Cruise from Captain Cook Cruises will depart from Jeffrey Street Wharf at Kirribilli (just below the Sydney Harbour Bridge) at 6pm on Saturday 10 June, and cruise around Sydney Harbour for one hour. Book tickets. 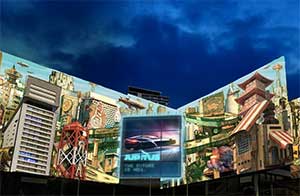 Chatswood transforms into a funky, retro-futuristic smart city including steampunk installations and light sculpture inspired by 19th century steam powered machinery. It’s the perfect option to take young children to see some amazing lights, but without the crazy crowds of the city. On nightly from 5.30pm. Grab a bite to eat at The Concourse too!

Lights for the Wild (Taronga Zoo) 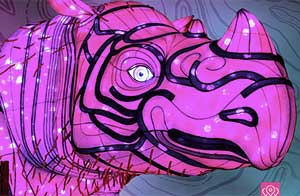 Taronga Zoo comes to life after dark with a menagerie of giant light sculptures of endangered animals take centre come to life, including the Asian elephant and toothy Sumatran Tiger. Follow the path and stop to marvel at all the lights. Pram friendly! 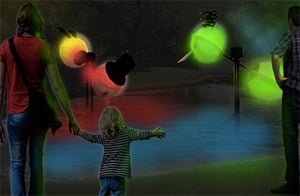 These brightly-coloured birds are modelled after the ‘drinking bird’ novelty toy that perches on a glass and dips in it to drink. The two metre tall birds bob up and down seeking a drink of water too, and change colour as they quench their thirst.

The Sunflowers  (The Royal Botanic Gardens)

These oversized flower sculptures will entrance kids who will love watching the blossoms bob and bow after dark, powered by solar energy they stored up during the daylight hours.

This is a gorgeous fairytale horse that is mounted on platform, just waiting for a rider! When kids hop on its illuminated back they’ll be amazed as their surroundings transform into a magical, spectacular world of spinning lights. 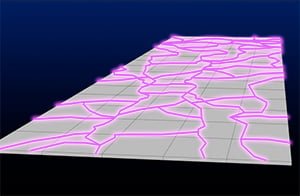 Inspired by the old rhyme, this installation encourages kids to jump over illuminated cracks and cross boundaries. 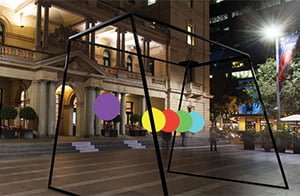 Five giant illuminated spheres swing back and forth, changing colour every time they touch – and kids can give them a push too!

Best events for Children over 12 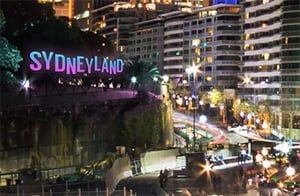 Incorporating the power and popularity of social media, this installation allows teens to pose for a Hollywood-style Sydney selfie and share it with friends and followers via Facebook, Instagram and Snapchat.

This clever installation combines a video game a post box! By interacting with MailboX’s game inspired design and tapping at different places, teens can help create anything from an emoji to a smiling koala and send it on! 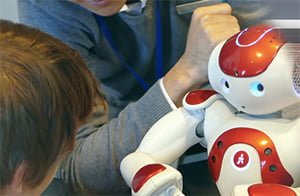 Vivid Sydney will be on from Friday 26 May to Sunday 17 June in various locations around Sydney. Vivid Sydney is Australia’s major event in winter and is recognised as the largest event of its kind in the world combining light, music and ideas. Vivid Sydney is owned, managed and produced by Destination NSW, the NSW Government’s tourism and major events agency.

Vivid Sydney has activations at a number of locations across the city including: The Sydney Opera House, The Rocks, Martin Place, Darling Harbour, Chatswood, Carriageworks, on Sydney Harbour and for the second year, Taronga Zoo and the The Royal Botanic Garden.

North Shore Mums is your go-to for advice, support and inspiration for parenting, mumlife, and kids’ events on Sydney’s North Shore.
All Posts »
PrevPreviousGet walking for National Walk Safely to School Day
NextMeet the NSM Team! Q & A with Moderator Leesa HopwoodNext