Going to hospital during coronavirus (when it’s not COVID-19)

Going to hospital during coronavirus might be a daunting prospect, but what do you do when your child is sick? Normally, we would take them to the GP, and to the hospital if necessary. But with a global pandemic underway, you might be left questioning your options. One mum shares her story of accessing healthcare on the North Shore outside of COVID-19.


The first time my 10-month-old Elliot ended up in hospital was about a month ago. He started vomiting out of nowhere, and within four hours went downhill really fast. I called up Healthdirect and was advised we needed to go to Hornsby ER. Then, it was a fairly routine visit. They gave him something to stop the vomiting, and once he was keeping liquids down, sent him home. But over the next two weeks, we ended up back in hospital three more times.

We headed to hospital for four nights in total:

In two weeks, our family were hospital three times (pre-and-post coronavirus) with Elliot

Each time we went the ER was full and there was lots of waiting for everyone, trying to find free beds and doctors. It was a rough trot, but there was one thing I was thankful for, it all happened before the coronavirus situation spiralled.

The nurses and doctors who looked after Elliot were wonderful. We joked about the amount of times we had been back to the ER in such a short space of time (more than some of the staff). They were always there to watch him if I needed to step out for a coffee or a walk, they were full of advice and concern and always put my mind at ease.

Return visit this week: Going to hospital during coronavirus

Fast-forward to a week ago, and Elliot had a temperature and cough. We sat at home and monitored him, but my mind ran wild. In normal circumstances I would take him to the GP to get checked out, but I knew no GP would see him right now. In fact, I wasn’t even sure the process of getting into one with these symptoms.

I was fairly sure it was his bronchiolitis back, so I watched him overnight. His breathing started to get laboured and I could see pulling at his ribs, so I called Healthdirect. Unfortunately, with the overload on the system, getting through wasn’t easy. His Panadol kicked in and he settled, so I left him for the night.

The next morning he woke with a wheeze and there was still a slight pulling at his ribs. I knew we needed to see a doctor. I called Healthdirect again for advice. It took time to get through, so I left the phone on loud speaker. I was once again directed to the ER because of the wheeze. I hesitated on the phone and voiced my concerns about going near a hospital at the moment. She understood, but promised me there were measures in place for everyone and we really needed to go. So I did.

Going to hospital during coronavirus, the process was so different. The ER was empty – just two people sitting on separate sides of the room. Before, we were left waiting on the seats until it was time to be triaged, and that wait was once up to an hour. This time we were triaged as soon as we arrived, only there was now a window between us. It was a nurse I had seen in our previous visits, who kept apologising for the changes. Of course, I said it wasn’t a problem at all.

It just so happened to be the same wonderful doctor who had been there through most of Elliot’s other visits. This time she stood at the door to chat to us (we were on the other side of the room), as once she came in she would have to suit up and didn’t want to talk to us through the layers. 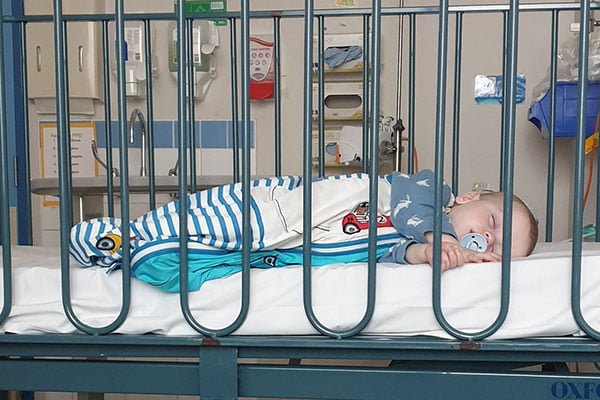 It was bronchiolitis again, including a wheeze and mild to moderate respiratory distress

They checked over him, and sure enough it was bronchiolitis again. He did have a wheeze and he was in mild to moderate respiratory distress. This time we were given an option: they could keep him in to monitor him just like last time (he was on day 2, which is commonly the worst), or we could go home as outpatients, and just come back in straight to the ward if we were concerned. I took the second option.

They made the decision to flush him out before we took him home, just to help him breathe a little better. The doctor explained to me that it was a procedure that generally isn’t offered any more, because of the times. It can cause a lot of mucous to fly through the air, which given the current situation, makes it a risk. I understood completely and said it was fine. But the amazing nurses said they were happy to do it – they had the right protection.

So they suited up, came in and cleaned him out. It was a horrible procedure to watch, but after nasal tubes, drips and needles, it was just another one to add to his growing number. They swabbed him ‘just in case’ since they were already up there and his symptoms were questionable, but I was assured it was bronchiolitis and not to worry (and they were right).

We ended up home, with a call from the nurse the next day to check how Elliot was and if we had any questions or concerns. Thankfully, he was very much on the mend. I was so thankful again for such an amazing level of care.

Things have definitely changed with plenty of new, necessary measures put in place for everyone’s safety, but our nurses and doctors are there on the frontline ready to help, just like before.

Flick Frankish lives on the Upper North Shore with her three kids (Cassandra, 4, Vivienne, 2, and Elliot, 10 months) and husband. After studying journalism and digital media, she naturally fell into the online world - and hasn't left since! She is the Digital & Promotions Manager at North Shore Mums.
All Posts »
PrevPreviousCoronavirus and anxiety: Take back control
NextGet fit at home! YouTube channels with FREE online workoutsNext 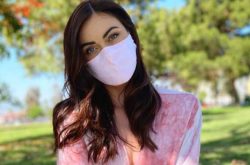 Cloth Face Masks: Where to buy them (and what to look for) 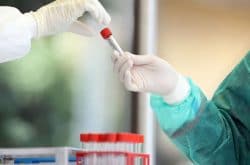 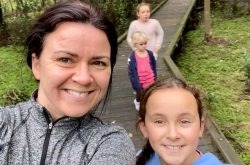